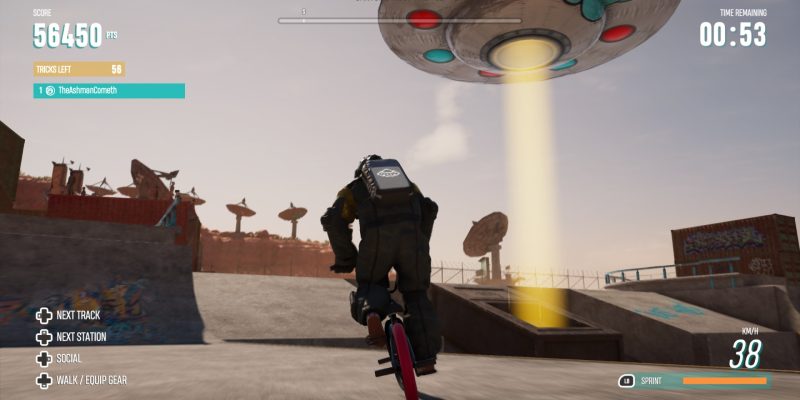 While Riders Republic has always had a focus on bike tricks, the game’s fourth season is going to hone in on that in an all-new way. When Season 4 launches, players will no longer be confined to tricking in sparse obstacle courses. Ahead of the launch, I got to check out what the season has in store, from the new bikes, to an impressive new location, and new events. To put it simply, it’s all about BMX, which comes with all the trappings you’d imagine. Just like with the other sports, you’ll be able to freely switch to BMX via the wheel whenever you want.

The biggest difference that you’ll notice is that BMX bikes now allow you to grind. Before, tires would never stick to rails or the like. But now you can pull off numerous consecutive transfers like a pro. New bikes come in two varieties in Season 4 — park BMX and dirt BMX. Each even has its own specific tricks, which you pull off the same as before. However, the addition of bike parks gives Riders Republic a little something that it simply didn’t have before, which strongly reminds me of some classic BMX games that featured similar level design.

The new events are where the majority of the content awaits. There are 15 new events spread across three areas. The one with the least events is Yosemite Valley, which mostly places you at a summer camp, complete with ramps, half-pipes, and lots of roofs to trick off of. There’s even a parking lot with a school bus for you to jump on, if you’re so inclined. The area around the camp is lush, green, and covered in dirt roads, making it perfect for the new BMX dirt bikes. Even if there are only a few events in this area, it’s still very memorable. 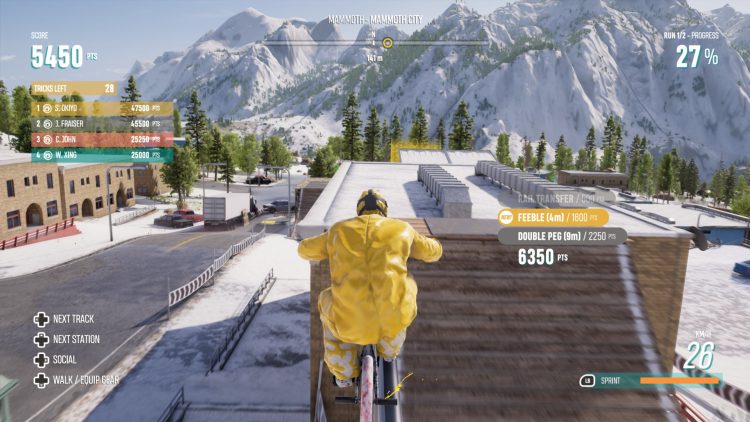 Then there’s Mammoth City, which you might remember from your past adventures in Riders Republic. Season 4 sees the area return with plenty of grinding possibilities. This area stands in stark contrast to the others, as it’s snowy, which doesn’t slow your bikes down at all. The area has been adapted for bike grinding very well, and pulling off trick after trick on a bike in the snow offers a bit of a different look for the game. Although you could technically mess around in this area before, the grinding really makes a huge difference.

But the biggest attraction is the new Area 52 environment. As you might expect, it has an alien theme. It’s basically one giant bike park filled with towering half-pipes and some over-the-top level geometry. One event’s star objectives tasks you with grinding on the tail of an old airplane. In Area 52, there are typically five alien head balloons to find to reward you with more stars, as well as spelling certain four-letter words (usually “bike.” Get your head out of the gutter). Most events in Season 4 also task you with grabbing a camera, which shows a cool shot of you grinding on something. 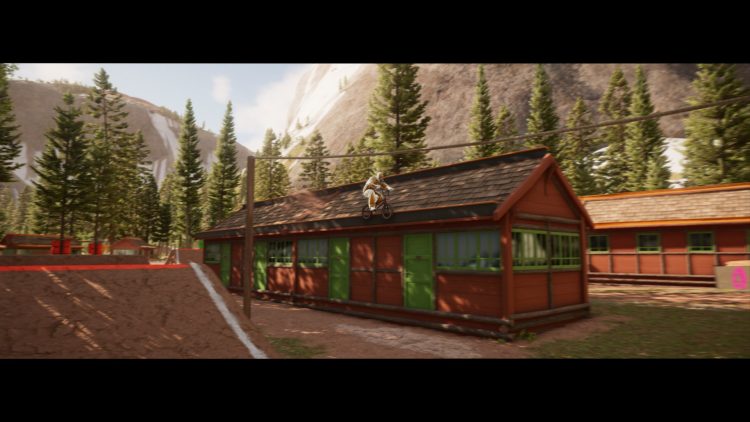 Naturally, the events in Season Four focus on tricking, so you’ll be chaining ridiculous grinds together, as well as doing flips and rodeos. The tricks on BMX bikes are noticeably quicker and flashier than the trick bikes from the base game as well. That goes especially well with some of the new events, such as a VAN’S-sponsored competition where you have to rack up massive scores. The very last event also strongly winks at the Trials games, which was a fun surprise. Riders Republic‘s fourth season makes it easier to imagine what it would be like if skateboarding were in the game too, although I doubt we’ll see that. Or will we? We won’t. Or won’t we?

By Martynas Klimas5 hours ago
Previews