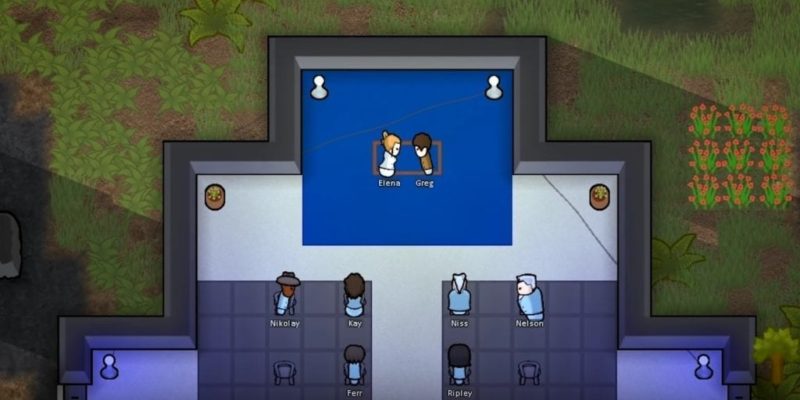 Five and a half years is a long time for a game to be in its development stages. But those five and a half years could be well worth it. That’s because today marks a special day — RimWorld finally leaves Steam Early Access and officially launches as a full-fledged game. You can check out the launch trailer below. It’s hilarious, quirky,  and disturbingly accurate as well.

Part of what made RimWorld quite a hit among its dedicated player base is the number of activities and actions you can do within the game. There’s a mix of everything from Civilization to Don’t Starve, from FTL to Dwarf Fortress. It takes all the best bits from various games and genres and creates something awe-inspiring: a game that lets you do virtually almost anything. That’s one of the reasons why it’s had such an overwhelmingly positive response on Steam. It’s insanely addictive owing to replayability and randomness.

The trailer showcases that in vivid depiction. It starts off with your colony scratching and clawing its way just to survive. Eventually, your team rebuilds and relationships form. Two characters marry, but that loving feeling is lost eventually — complete with a dejected “Greg” drowning his sorrows via a bottle (and a lake) when he found out his wife “Elena” was sleeping with another character, “Nikolay.”

Your decisions and the game’s flow shape the narrative of your playthrough and the lives of your characters. It’s like seeing a convoluted sitcom or TV drama series take shape right in front of your eyes. There are times wherein you need to sacrifice a character or see someone you’ve grown attached to perish for one reason or another. It’s disturbing (in a good way) knowing that you can sometimes have no control over what happens next. But you just go along with it while remaining enraptured all the same.

The video ends by panning out to reveal that all of these events happened in one small corner of a vast planet. RimWorld truly captures that sense of personal connection to random characters and the scale of an undertaking. You can check it out on Steam here or through its official website.