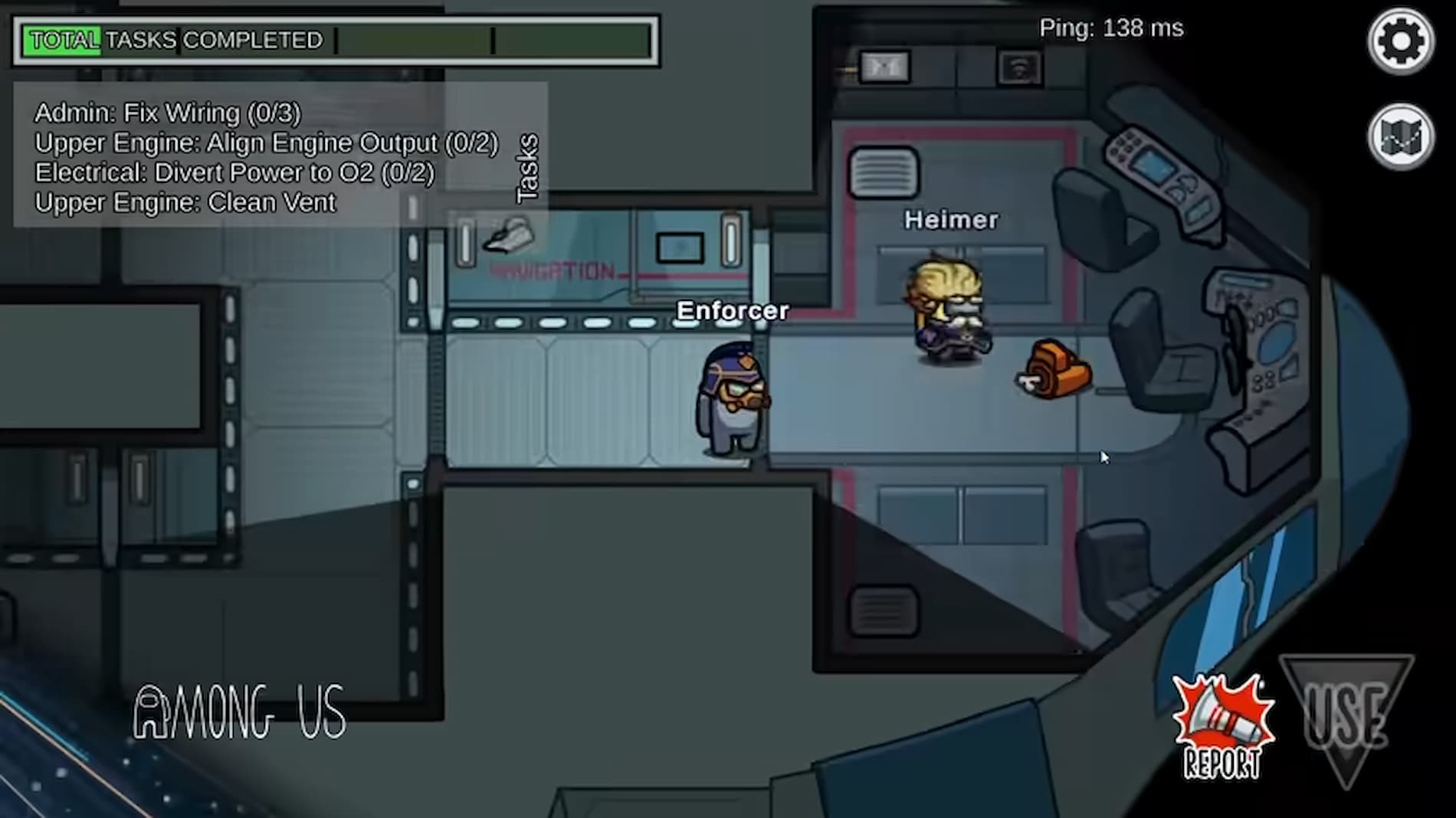 Among Us isn’t going away just yet, as the social deduction game sleuths its way into one of the largest free-to-play games out there. Riot Games is on a roll with its collaborations, recently crossing over with another free-to-play behemoth Fortnite. Now, Riot’s Arcane is taking part in a collaboration with Among Us, as some League of Legend skins will be available to use in the murder mystery spree. It’s time to murder your friends, but as League of Legends cosplayers this time.

We get only a brief glimpse of the collaboration between the two games in the official trailer, (or more accurately, an Arcane and Among Us collaboration). What we do see is a couple Among Us characters dressed up in LoL fashion. At the 38-second mark, we see an Enforcer walking upon the engineer yordle Heimerdinger hovering over a dead body. I’m guessing Among Us will receive some more skins from that, including more characters from the cast of Arcane. But regardless, it’s certainly a funny thing to kill some unsuspecting crewmates as the fuzzy Heimerdinger.

A suspicious Among Us collaboration

This Among Us collaboration is the newest item on a long list of Arcane celebrations in the Riot Games universe. Previously, Jinx was revealed as a new playable character in the battle royale game Fortnite. But aside from these legendary crossovers, Riot Games is holding Arcane-themed events. New chibi little legends for Jinx, Vi, and others are now available in Teamfight Tactics for instance. And Jayce was added as a new card in Legends of Runeterra.

By Greg Bargas5 days ago
News