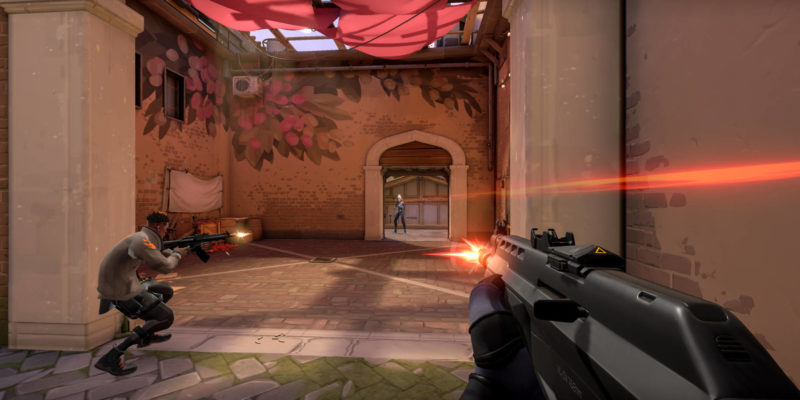 With Riot Games finally unveiling their hero-shooter, Valorant, this past week, interest is definitely high. The company behind League of Legends began teasing fans back in October, and the likes of Overwatch, Rainbow Six Siege, and Counter-Strike: Global Offensive will have to watch their back. That said, the 5v5 shooter which relies more on tactics than powers may actually be playable sooner than we think.

According to esports journalist Rod “Slasher” Breslau, a beta for Valorant may be coming soon. In an interview with Cheddar Esports, Slasher thinks that “there is going to be a [VALORANT] beta to be coming out in most likely the next few weeks.”

The journalist also shared what appears to be an official email from Riot Games. An event catering to pro players and content creators has been cancelled over concerns of the COVID-19 virus. It was scheduled to take place from March 10 to 12 in Los Angeles and Barcelona. The email further stated that the studio is refining the experience so that the event participants can experience Valorant at home.

Riot has sent an email to pro players, streamers, creators cancelling the Valorant gameplay capture event due to concerns over coronavirus https://t.co/kIkMZ6GDOm pic.twitter.com/Q9lYqMD9RI

“Not sure if this will have any effect on Riot’s plan for the beta release or promotion around it,” a follow-up tweet fro Breslau opined.

However, according to his sources, the Valorant beta will likely commence within the next few weeks or months. This will likely see the full game release right around summer time.

While the events may have been cancelled, similar events before launch have been used to build hype before launching the game. This is likely the case before Riot Games decide to drop the beta. Respawn’s Apex Legends also did something similar last year.

While the beta is expected to be only for a select group of players, it is likely a public beta will happen shortly after. If fans support Valorant as much as they do for League, Riot will have another major success on their hands.