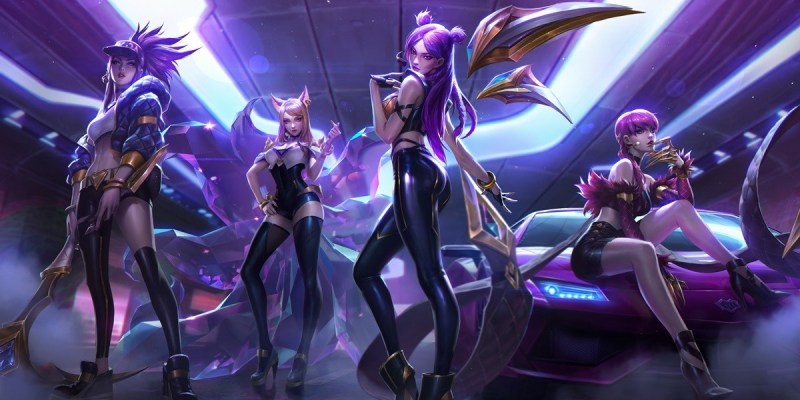 It sounds like we might see K/DA heading over to Valorant. K/DA is a K-pop inspired girl group belonging to the League of Legends universe, which brought a lot of success over to Riot Games’ music department. It seems like Riot wants to carry this success and momentum to its sister game as well.

There’s a stark difference between League of Legends and Valorant as video games. One is a decade-plus-old MOBA, and one is a fairly fresh first-person tactical shooter. But both are esports darlings in the industry, and if Riot can bring the same musical flair over to its popular FPS game, I say should go for it. After all, it’s more music for us.

So, what exactly is K/DA? The band consists of playable characters in League of Legends in an alternate universe, where they’re mega, extraordinarily successful pop stars. And the band is international as well, with songs often taking inspiration from classic American Pop, K-pop, and C-pop. The group was a sound success for Riot Games, with K/DA’s two flagship songs (the chart-topping POP/STARS and MORE) collectively racking up over 500 million views on YouTube.

Riot even expanded its “musical universe” with another fictional hip-hop group, True Damage, which released the equally successful GIANTS (why are all the song names capitalized?). That’s not to mention the yearly songs we get for League of Legends tournaments, with artists like Imagine Dragons and Zedd contributing.

According to PC Gamer, head of Riot Music Toa Dunn expressed interest in bringing the same kind of success over to Valorant. While Dunn didn’t explicitly mention K/DA as a possibility for the game, Riot is at least interested in producing music in a similar manner for the Valorant characters. Will we perhaps see Reyna topping the Billboard charts later in the near future? We’ll have to wait and see what Riot’s plans are later.

You can check out K/DA’s most recent single below:

BloodRayne Betrayal: Fresh Bites gets a release date for September