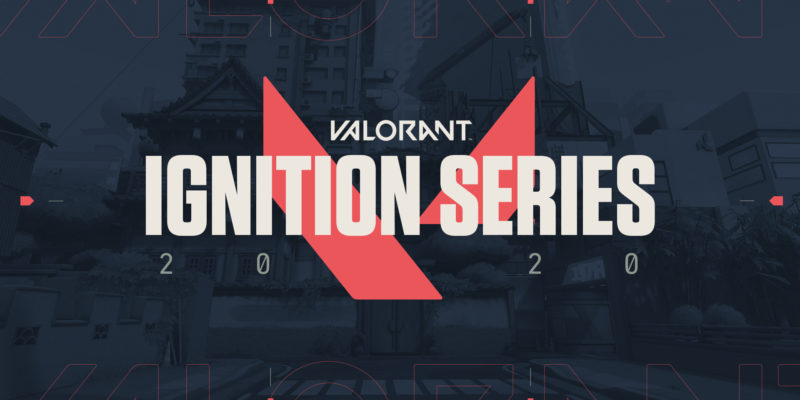 Riot Games is riding high on the recent success of Valorant, and the game’s competitive scene will soon be gearing up. The team has shifted focus to creating a robust competitive mode, which could come out as early as next week. However, that’s not all Riot has in store for Valorant. Big plans are in the works for the esports side of things, and the new Valorant Ignition Series will kick off next week.

Somewhat similar to what Blizzard has done with the Overwatch League, the Valorant Ignition Series will see competitive events take place globally. The first stops will be the G2 Esports Valorant Invitational, as well as the Rage Valorant Japan Invitational. Both events will start on June 19. The former will host eight teams from the territories of Europe, the Middle East, and Africa (a.k.a. the EMEA region). These will compete for a cash prize of €15,000.

Unlike most other esports competitions, the Valorant teams are not made up of sponsored teams or organizations. Rather, they are formed by regional talents. For the G2 Invitational, we are looking at Teams UK, Dach, Nordics, Poland, France, Balkans, Beleux, and Iberia.

Another change to the formula is that team captains are in the dark about who their teammates will be. They will only find that out the day before the Valorant Ignition Series begins. According to G2, this will ensure that “adaptability, communication, and teamwork” are key to victory. As for the Rage Valorant Japan Invitational, 16 teams will vie for a prize of ¥500,000 in a more conventional setup. While the teams are not yet confirmed, more details will be revealed on June 16.

Meanwhile, for the North American crowd, the Valorant Ignition Series will make its way here between June 26-28. Riot has confirmed that an event in Europe will also take place during that period.

Just barely two weeks after launch, Valorant has already seen great success. Not only are players interested, but Riot’s commitment to the game in the long term shown will also be reassuring to many. With big prize pools and events happening across the world, Valorant is here to stay.