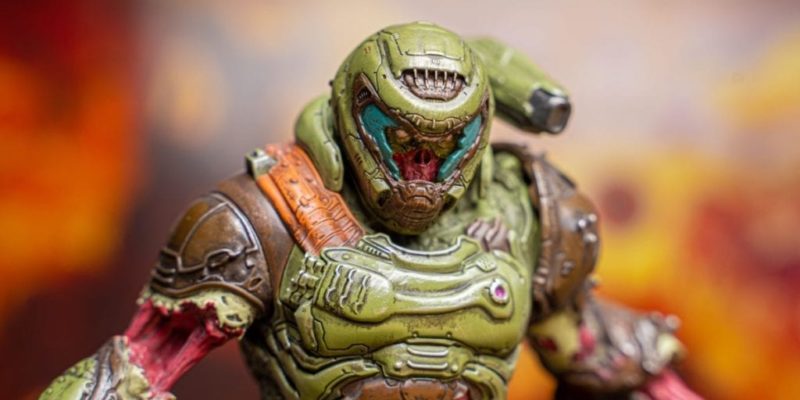 The Doom franchise has been around for as long as many people have been gaming. For a number of gamers, it introduced blood and gore into their normal gaming habits. What better way to memorialize that event than with a statue of its protagonist, the Doom Slayer? Better yet, why not just zombify him? If you are excited about those two concepts joining up, then you’ll probably want to head to the Bethesda online store to pre-order the Zombie Doom Slayer statue that ships out this December.

The Zombie Doom Slayer figure looks impressive, most likely due to its design. The figure comes standing at 8 inches tall and showing off its hand-painted style. If you look closely, you can actually see the rotted skin and whitened eyeball of the former demon-slaying machine. 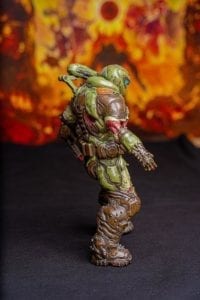 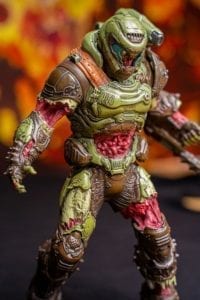 Although it is not pictured, a base for a stand is also included. So, you might have to clear off some desk or shelf space if you really want to showcase your new buddy in all his glory.

The Zombie Doom Slayer statue will release in limited quantities. Right now on the official Bethesda store, it lists the figure with 2,000 available units up for grabs. This might sound like a lot, but the plan is to release the figure in both the US and Europe. If you’ve got the $80 USD to shell out at this moment, you can at least hit the pre-order button and patiently wait for December to roll around. If that’s a little out of your price range, you can always opt for something a little more lively with the other Doom Slayer figure available on the store for $22 USD.

The statue comes just in time while Doom Eternal is still top-of-mind. That game will see a release on November 22. If you missed our impressions from checking out the game during E3 2019, you can take a peek at our hands-on preview.

Infiltrate The Church in the Darkness on August 2