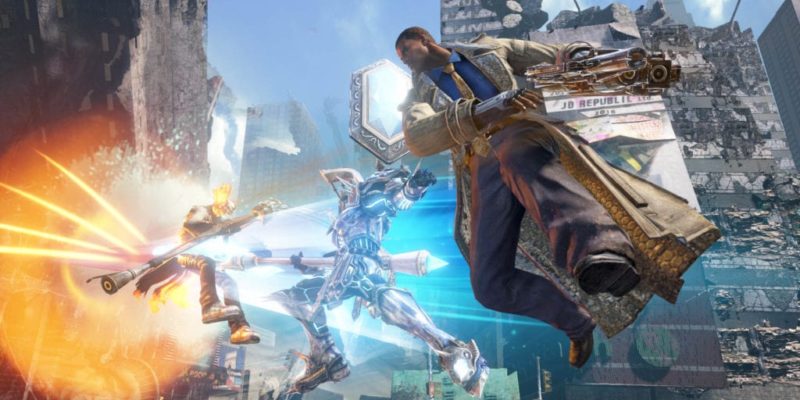 Bandai Namco’s Gundam-ish Rise of Incarnates will, somewhat surprisingly, not be continuing beyond December. The closure announcement has been made on Steam today, suggesting that the game never reached the player base the publisher hoped for.

Still, it’s a bit of a sudden end for the free-to-play 2v2 fighter.

No real explanation is given for the closure, which is why I’m leaning towards ‘not enough players buying in-game currency to sustain it’ as a reason.

Here’s Bandai Namco’s statement on the matter: “We must regretfully inform all users of the closure of “RISE OF INCARNATES.” We offer our sincere thanks to everyone who has supported this game. We will be keeping the servers open until December 15, 2015, so please continue to enjoy “RISE OF INCARNATES” until the very end.”

As of today, in-game currency is no longer available for purchase. Any remaining currency in player’s accounts will need to be spent before the 15 December closure date (or it’ll just be lost). That is, at least, a fairly decent amount of time in which to get it spent.

In addition, all characters in the game will now be free to use until Rise of Incarnates closes shop. Other “customize items, boost items, and other such paid items” will be reduced in price or made free as well.