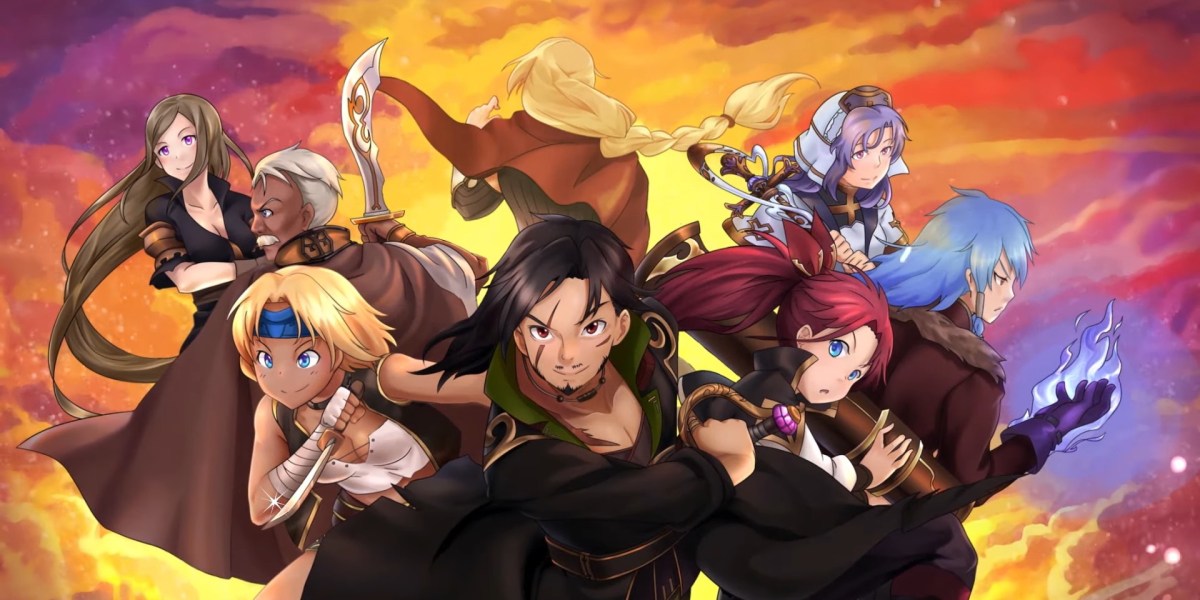 I’ve never lived through the SNES era of games, so I’m not one to say whether or not people may have some misplaced nostalgia. But games inspired by this generation of gaming are making a comeback. And I’m always glad to enjoy a nice 2D game with charming pixel art. From the surface, Rise of the Third Power looks like a fun and energetic RPG, inspired by games of its ilk like Final Fantasy. But the game makes too many efforts to streamline some of its mechanics, leaving it feeling somewhat empty and tedious to trudge through. There’s a difference between quality of life and stripping a game of its potential, and Rise of the Third Power often deflates into the latter.

But that’s a negative opening statement about a game that’s built with so much passion. Developer Stegosoft Games created a game with a shiny core full of potential. But this potential is squandered in different aspects, with many decisions that ultimately feel like calculated risks which didn’t play out well for me, personally. And while I’m empathetic and impressed by the game’s development, with a Kickstarter and everything, I wasn’t all that engaged.

Aesthetically, the game is distracting. There’s some fantastic pixel art on display, buoyed by a beautifully composed soundtrack (there’s some awesome battle music in this one, which is essential for any turn-based role-playing game, isn’t it?). But the game’s visual novel style and hand-drawn portraits are distracting. Perhaps I’d feel differently if the hand-drawn portraits had some more personality, but many of the characters emulated the same faces and poses, and frankly didn’t look all that great. I didn’t have the opportunity to play the developer’s other outing, Ara Fell, but after a quick glance, I much prefer the Final Fantasy-esque character art in that game.

There are some odd negations with the game’s sound design. Characters walk the 8-bit Earth without making a single sound. Text boxes advance without any audio cues, and the dialogue feels emptier as a result. Enemies are slain without even a little whimper, silently dissipating into thin air. It was odd enough that I felt the copy I was given was potentially incomplete, but I can only go off of what I was given. This sounds like a nit-picky complaint, but it’s all the small things that add up to become a snowball of distracting elements, or lack thereof. It’s not like the game is set in a vacuum. At least the doors creak. 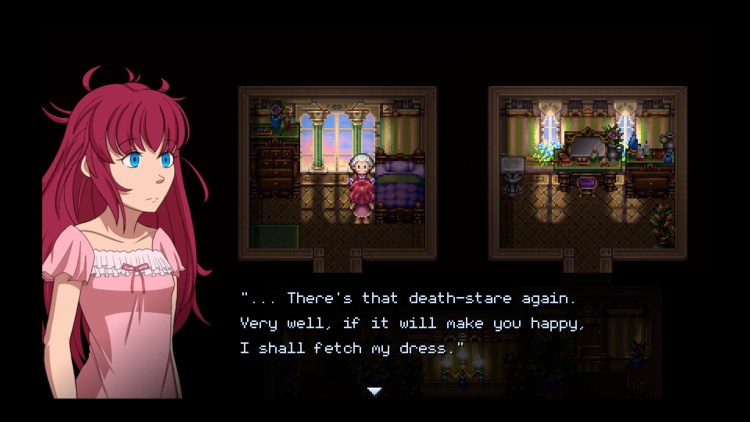 Rise of the Third Power is somewhat unique, in that its uniqueness comes from its simplicity. And I’ll give the RPG world this: battle systems are potentially getting too complicated nowadays. While I enjoy the mind-numbing, elaborate systems of games like Persona and Shin Megami Tensei, it’s certainly not a bad idea to create systems that are simpler and breezier. I don’t mind that turn order is mostly dictated by speed, and all you can really do is just cast spells on enemies. (There isn’t even something I’d consider a normal attack in this game.) But with such a simple system, comes with its fair share of both good and bad.

Let’s start with what I liked about the combat systems in this game. Status effects are actually useful in whittling down mobs and managing your team’s health, and mechanics like Rowan’s Taunt still manage to create some strategy within each battle. I like how levels are shared between characters, meaning you can utilize all of your party members whenever possible. (RPGs often have an issue where you have to leave a character by the wayside.) I even like how Rise of the Third Power streamlined the tedium that often came with gathering equipment. Buffs and debuffs feel impactful.

But after a while, combat becomes a drag, and many of the game’s mechanics don’t feel all that impactful. The emphasis on ability use doesn’t really mean anything; it just feels like you’re spamming skills at times. Some skills have a cooldown, which is fine, but I didn’t have to think much about MP regeneration or when I can cast a certain ability. 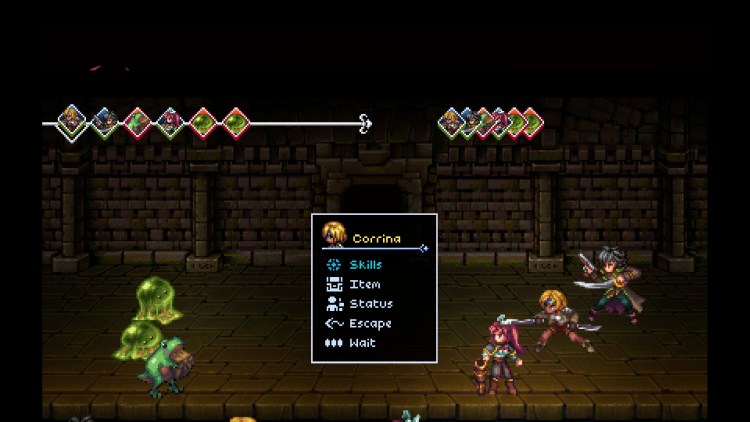 Even more distracting to me was the game’s story and characters, and I can never fully say I was totally invested in much of the conflict or melodrama. Maybe that’s because a few of the central characters were often grating and one-dimensional (sorry to any Rowan fans out there.) Or maybe it’s with how often the game was trying to be funny and jovial when some of those moments just did not hit at all.

Rise of the Third Power follows a varied cast, “each with their own ambitions, perspectives, and personalities.” These characters rush into a dangerous suicide mission and navigate the treacherous kingdom of world of Rin, which recently suffered greatly from a great war.

The game crescendos into eight different playable characters, and they don’t all swing and miss, but quite a few of them do. That’s a hard sell for a role-playing game where experimenting with your entire cast is encouraged. And being unable to really enjoy all of the characters does create a heavy impact on a game that places a ton of emphasis on its story — one that isn’t really groundbreaking. There’s tons to respect in this little package of a game, but Rise of the Third Power often fell flat for me. My thoughts and opinions swerved in a magnitude of different directions, with nearly an equal amount of highs and lows. But ultimately, the lows were enough to sour my experience somewhat and disappoint in what could potentially be a great, swashbuckling adventure. But still, there’s a golden nugget in this game that shines bright with potential. Rise of the Third Power didn’t rise to the occasion this time, but it drifted high enough for me to at least watch out for this team in the future.

Rise of the Third Power

Rise of the Third Power squanders its potential and ultimately falls into mediocrity, with inconsistent art and sound direction and uninteresting turn-based mechanics. There's lots of good in this game, but it's not enough to outweigh the more disappointing shortfalls.

Breakout: Recharged — Is it worth it?