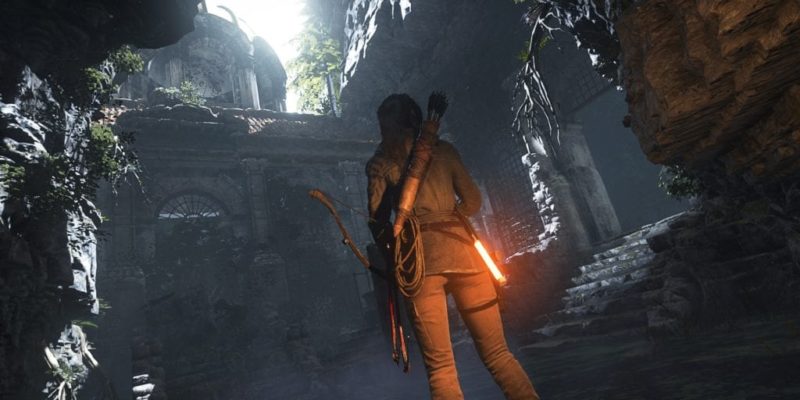 Since Rise of the Tomb Raider is properly confirmed for the PC now (in early 2016) it seems only reasonable to start paying attention to its Gamescom offerings.

As shown during the Microsoft press event earlier today, here’s six minutes of Lara looking pensive by a campfire, stealthing around a Trinity camp of some sort, and listening to guys talk about their possible promotions before stabbing them in the neck. Lara, no! That guard was just doing this job until he could pay off his mortgage! The horror …

Honestly, this particular segment most closely resembles something like Deus Ex: Human Revolution; which is not to say that ALL of Rise of the Tomb Raider is going to be that way, or that looking like Deus Ex is bad or anything. Lara’s never exactly been a stranger to shooting people she disagreed with, after all.

There may well be huge swathes of the game involving jumping puzzles and lever toggling. It’s not in this trailer though.

Here’s the footage. It’s followed by a handful of new Gamescom images.

World of Warcraft numbers dip to 5.6mil ahead of expansion reveal