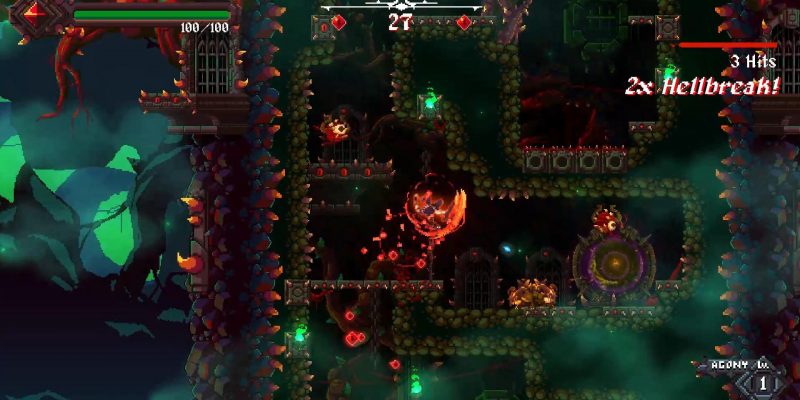 If virtually fighting off demons is one of your favorite pastimes, you may want to check out Rising Hell. This rogue-lite platformer from Tahoe Games sees players escape the depths of Hell to a chaotic heavy metal soundtrack. Rising Hell won’t have a full release until May, but in the meantime, fans can check out a demo on Steam.

Rising Hell features “hordes of blood-lusting demons” in several randomly generated areas of Hell. You’ll have to hone your battle skills to take down these dangerous enemies and more “gigantic ancient demons” during boss battles. Along the way, you can unlock multiple new characters, each with their own styles and strategies. Complete different challenges and make your way through the campaign. See if you can crawl out of Hell alive and crawl to the top of the leaderboards.

Publisher Toge Productions announced today that the official release date for Rising Hell comes in May 2021. The platformer’s new trailer teases fast-paced runs through enemy-filled levels and dangerous obstacles like lasers and rotating saws. You can also catch a glimpse of some bosses, including one beetle-looking demon with jewels on its back. Check out the full trailer below.

Rising Hell has been in Steam Early Access since October 2019. According to the developers, the Early Access version already has three worlds with “plenty of variety of branching paths, secret rooms, mini-boss encounters, and epic boss battles.” However, Rising Hell still more to come with its release date in May. New levels, characters, skills, passages, and unlockables are just a few things fans can expect to see in a few months.

Those who aren’t sure about Rising Hell can play through the prologue for free. This demo allows players to check out the first layer of Hell and experience some of those nasty demons. Meanwhile, Tahoe Games and Toge Productions are hard at work getting the game ready for release. Back in January, dev notes revealed that the team is working on Rising Hell‘s final touches, including the sinister final boss.

By Sam Robins37 mins ago
News