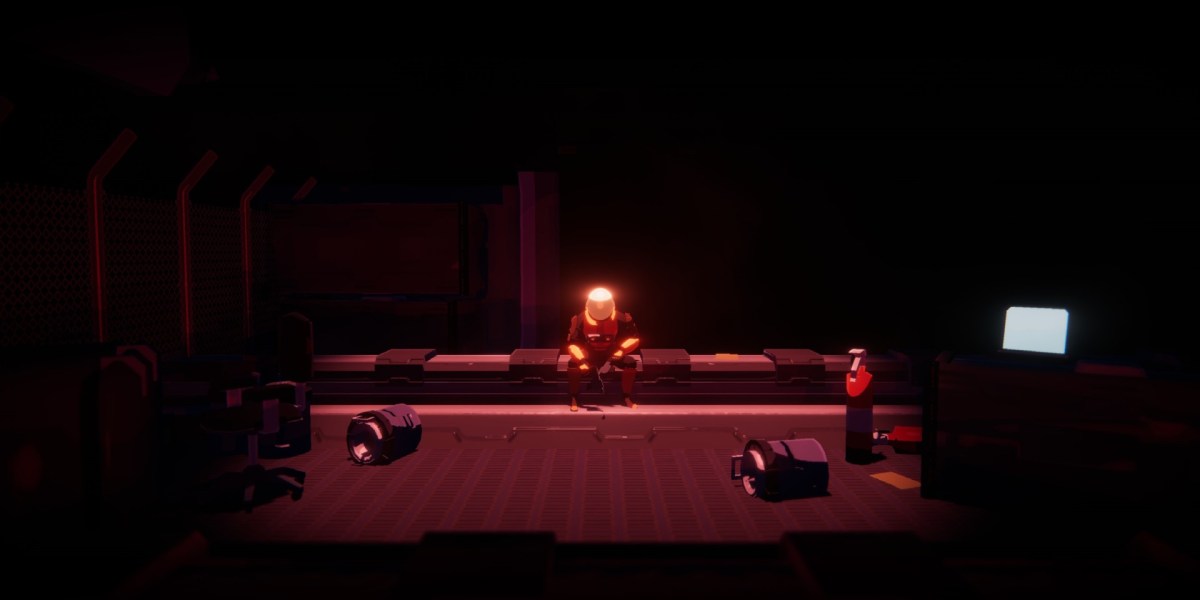 Risk of Rain 2 is the hit action roguelike from Hopoo Games and Gearbox Publishing. The game has been part of Steam’s Early Access program since March 2019 and, today, it’s officially launching. Many long-time players have been waiting for this moment, and newcomers might be interested. But, is the rain worth the risk once again? Absolutely.

Normally, I’d start with something about a game’s story. Risk of Rain 2, however, isn’t necessarily one that has a strong narrative thread. At best, players are dropped in a mysterious world filled with dangers and, along the way, they might encounter new characters or uncover cosmic secrets.

The “story” as far as development is concerned, is quite different. Although there were “mysteries” in terms of the content that players would see, oftentimes, fan input gets taken into consideration such as which survivors (characters) get added in the game. 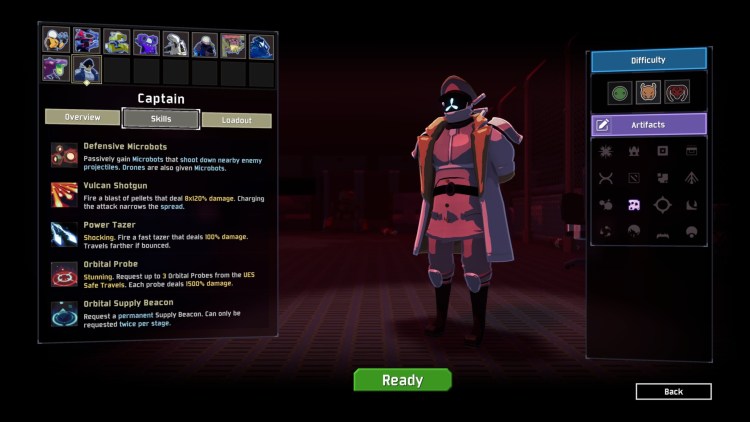 Speaking of survivors, Risk of Rain 2 has 10 different classes to choose from. By default, you only have the Commando, a run-and-gun soldier whose playstyle reminds you of a combatant in a third-person shooter. Later, you’ll get to unlock more characters. Examples include the bow-wielding Huntress, the fireball-throwing Artificer, and the sword-slashing Mercenary. There are even more unlocks such as the poisonous reptile Acrid, the mecha-powerhouse Loader, and the robo-plant hybrid REX.

With Risk of Rain 2‘s official launch, however, players will be able to choose the Captain. Once obtained, you’ll see that the newest survivor is armed with a shotgun, stun taser, and defensive microbots. Even better, the Captain loves taking out his opponents with orbital beams and calling down drop pods to provide support (i.e., healing within an area, electric shocks, and even a means of lowering a chest’s costs to nil). 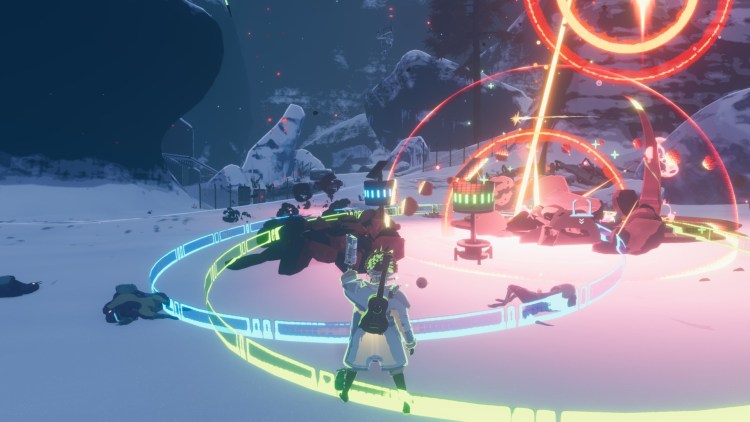 All these class capabilities would be for naught if Risk of Rain 2 didn’t present you with challenges along the way. Well, don’t worry because the game truly succeeds with that endeavor. The game has roughly 10 levels with countless enemies that spawn. These range from little critters to deadlier (and larger) foes.

The goal in each Risk of Rain 2 level is to make it to the teleporter (allowing you to reach yet another zone). However, more and more hostiles will come to get you. You’ll need to be quick, looking for the exit all while grabbing loot from various scattered chests — these chests provide you with many items that can buff characters or alter their playstyle. You’ll also need to balance your looting and killing sprees with speed since the game’s difficulty will increase the more time you spend in various zones. If you reach the teleporter, heck, you’d even need to do battle against a boss (or maybe two or three bosses), along with dozens of mobs. 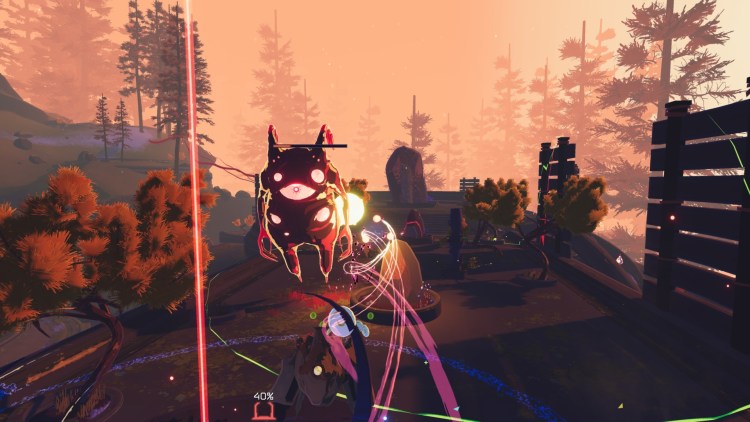 If that’s not enough, then you should also know that Risk of Rain 2 is filled to the brim with secrets. The characters I mentioned even have specific unlock requirements. For instance, REX requires you to carry a Fuel Array from the starting stage all the way to a specific fourth level (and you might get a different location due to RNG factors). As for Acrid, you’ll need to enter a secret zone called the Bazaar Between Time which sells rare items for Lunar Coins. From this area, you’ll have to look for a path to the Void Fields (another zone) and complete a series of encounters there.

Having lots of levels means having more secrets to find, and each environment can lead to new possibilities. For instance, finding a gold portal leads you to a fight against the massive Aurelionite. In another run, you might want to start looking for Artifacts, another mechanic in Risk of Rain 2 that adds modifiers in successive playthroughs. 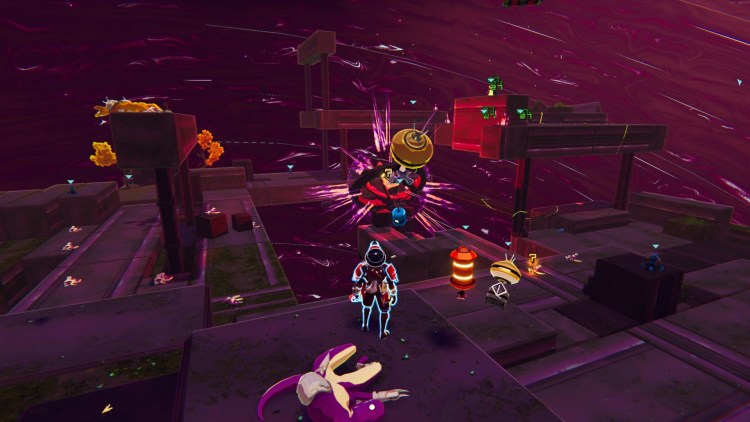 The end of the line

Your journey in Risk of Rain 2 can culminate several outcomes. As usual, there’s the failed run where you barely made progress. Though you do get to keep Lunar Coins you’ve found, you start from scratch when it comes to gold, character levels, and items. However, because it’s a roguelike, you’ll realize that even small actions could lead you somewhere be it unlocking a new character or just their loadout/new skills.

Other outcomes include reaching the obelisk, an alien structure that lets your character “obliterate” themselves (obtaining a new skin). Alternatively, you could carry a unique item with you, reach the obelisk, and end up in an entirely different zone to battle an enemy. Still, there’s one more “ending” in Risk of Rain 2 thanks to its 1.0 launch — that’s heading to the Moon (a new level) and battling the so-called final boss. 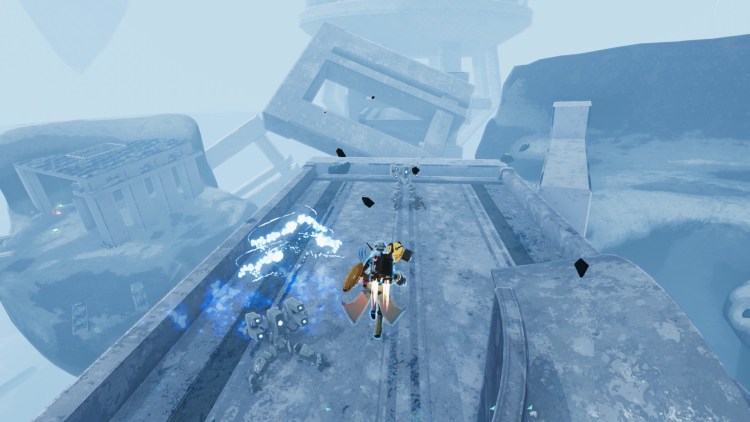 Fun with friends (or randoms)

All of the above are utilized whether you’re playing Risk of Rain 2 solo or with randoms via online multiplayer. With regards to the latter, the Early Access stage provided everyone a chance to go with quickplay or direct invites. The launch, meanwhile, presents new means of grouping up via the server browser. The feature promises to improve the information relayed to players, especially as it relates to ping and active Artifacts.

Sadly, I wasn’t able to try this while reviewing the game because it wasn’t available to the general public just yet. Still, if we’re going by the ease of joining and grouping up during the Early Access stage (barring some connection woes), then the server browser (with support for dedicated servers) is a welcome inclusion.

Having said that, I do feel that Risk of Rain 2‘s biggest shortcomings are the limitations with single-player runs. The game’s challenge ramps up, you’re still reliant on a bit of randomness (with loot drops), and, all the while, you’re hard-pressed to find the teleporter as you’re being chased by a horde. Time is not on your side. Multiplayer makes Risk of Rain 2 runs significantly more manageable, which was why I had hoped something could be done to incentivize (not trivialize) solo play for those who aren’t interested in grouping up with random online users (who’d steal your drops). Heck, I’d be more than happy if we saw a fully implemented local/split-screen co-op — a feature that was once discussed but is no longer on the table — because this game would be perfect for it. 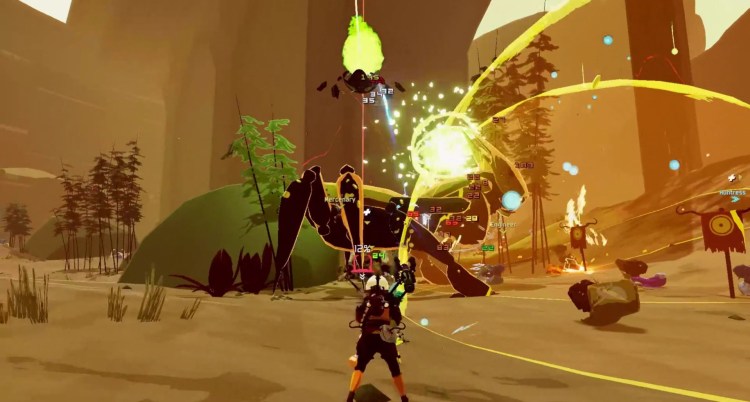 Risk of… making other roguelikes look shabby in comparison

Graphically, Risk of Rain 2 isn’t something that’d wow you, but it does have a certain offbeat, cartoony charm. In terms of audio, I’d say the music more than delivers especially at certain moments (such as while you’re exploring the Moon). From a technical standpoint, there’s nary a flaw with controls and performance since movement and attacks remain responsive (though I wish we’d be able to constantly sprint after attacking or casting skills). The game also runs smoothly with only some slight FPS drops once things get very crowded.

If you’ve been following Risk of Rain 2‘s Early Access stage for a while, then you’re already familiar with the quality and enjoyment it can provide. Now, the 1.0 launch adds a new character, more items, a final level, and a plausible ending. If you’re a newcomer who’s been sitting on the fence for a while, then Risk of Rain 2‘s official launch brings you the complete package.

Is it an absolutely perfect game? No. Is it an action roguelike that will put many others in the same genre to shame? Yes. It’s that damn good. 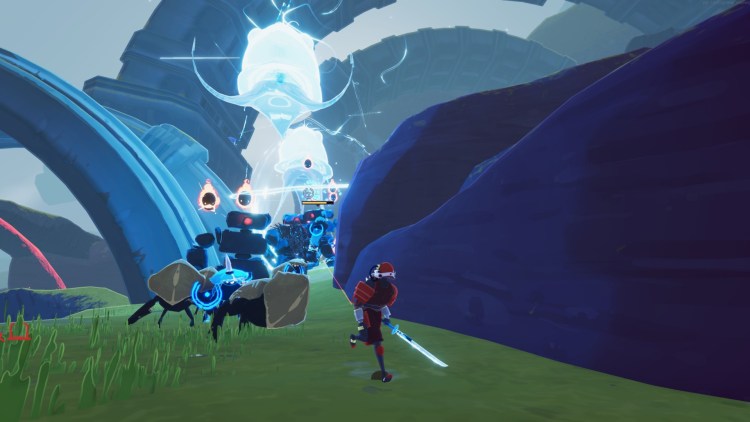 With hardly any flaws or shortcomings, Risk of Rain 2 more than delivers. Its pulse-pounding, off-the-wall, challenging action, combined with countless secrets and unlockables, are sure to entertain and excite you. Play in short bursts or an hour until you scream, "AAAAAAAAAAAAAA!" -- you're bound to enjoy every minute of it.

By Matt Henzel3 days ago
News