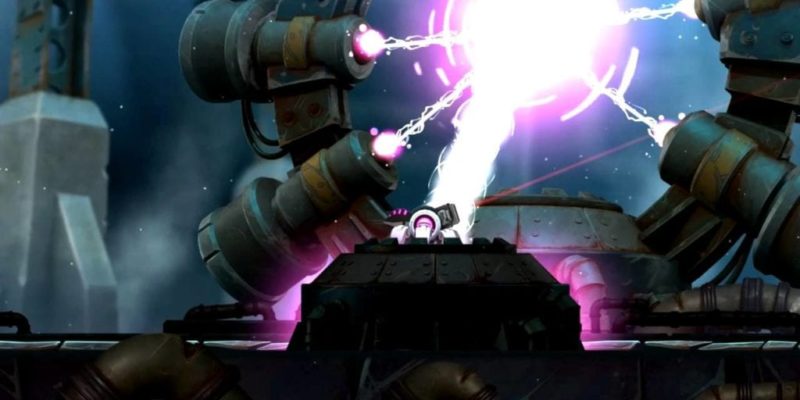 Good to see I have “max kamikaze,” there.

Apparently not nearly enough people bought Toki Tori 2+ (alas,) because after that release Two Tribes had to ‘reboot’ their studio. I think that’s similar to when your family pet “moves to a nearby farm,” because the Two Tribes team behind this new game Rive only has three people in it.

You can still buy Toki Tori 2+ though. It was the best platformer-puzzler I played last year.

But this news post isn’t about that game, it’s about Rive. I’ve only got a short video, some screenshots and a brief press release to go on here, but it sounds (and looks) like Rive is a shooter/platformer combo (my immediate thought was a hyperactive Cybernoid) with a side order of hacking. It says here that “players learn to alter the behavior of their robotic enemies by collecting and uploading hacks.”

That sounds useful, particularly if there’s a hack called “make yourselves explode, please.” Although that might make things a bit easy.

Not much else to report on this game yet, other than the fact that you can see 30 seconds or so in the trailer below and look at the screenshots beyond for some idea of what it looks like in motion and not in motion.

Rive will be at GamesCom too, if you happen to be in the vicinity of Cologne during August.

Trials Fusion: Riders of the Rustlands DLC out now

The Legend of Heroes: Trails in the Sky swoops onto PC today