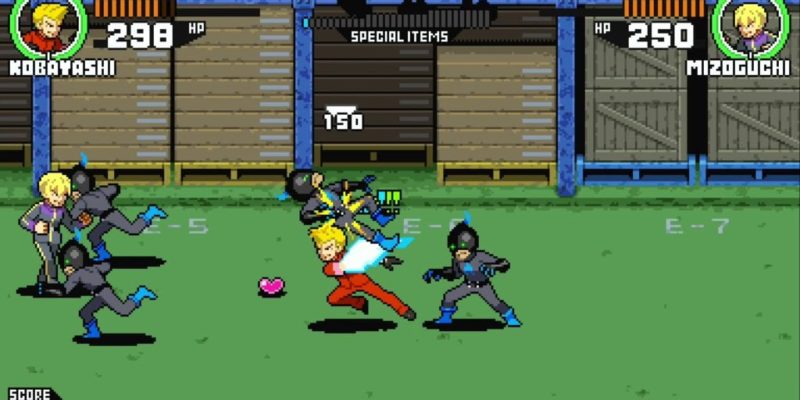 The dust hasn’t even settled from today’s launch of River City Girls and publisher Arc System Works is already looking to the future. Announced earlier today, Stay Cool, Kobayashi-san!: A River City Ransom Story will be heading to PC (via Steam), PS4, Xbox One, and Switch later this year. Not directly related to Girls, this spin-off will feature series protagonist Kunio’s long-time rival Kobayashi as the main character. This is like one of those typical direct-to-DVD sequels where a classic film gets played out from a different perspective.

Stay Cool is a collaborative effort between designers Yoshihisa Kishimoto and Moqeqe Sekimooto. Both have previously worked on other Kunio-kun spin-offs, so this new entry should definitely play similarly to the cult-classic NES title. Not much else is known about the game, though a description from the official website gives us some plot details:

A story set shortly after Downtown Nekketsu Monogatari…At Reihou Academy, where the “Reuhou Big Four” feared by nearby schools, the man that reigns at the top of that group is Masao Kobayashi. But there was another side to him…After a “certain incident” when he was in middle school, Kobayashi met a young man named Kouki Mizoguchi. Mizoguchi is a man of mystery chasing down an “evil organization.”

To save his friend and destroy the organization, Kobayashi will fight against the evil organization.

I guess that sounds cool, but the various spin-offs of River City Ransom haven’t been all that great. I’m a mega fan of Super Dodgeball, but everything else just seems to pale in comparison to the original. Only River City Ransom: Underground and now Girls have managed to surpass it because of the passion of their developers. I don’t expect Stay Cool to even make a dent, though I guess I’m always willing to try a beat-’em-up out.

Expect more information as we get closer to the launch of Stay Cool, Kobayashi-san!: A River City Ransom Story later this year.

Siege of Centauri coming out of Early Access on Sept 12