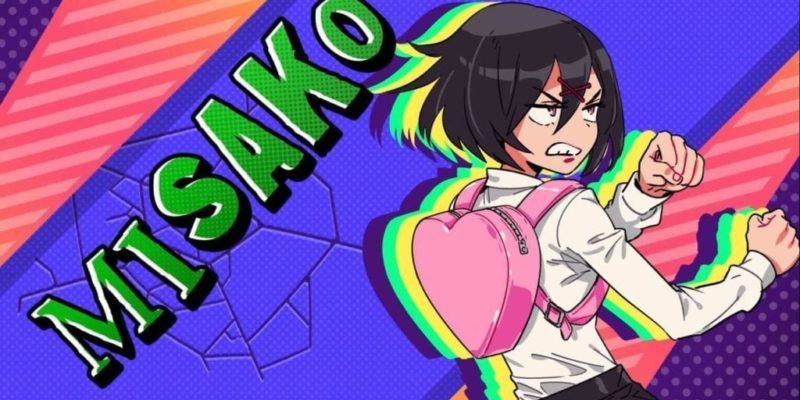 River City Girls is but a month away, so WayForward and Arc System Works are ramping up the hype with some new trailers. The first up is an introduction for Misako, Kunio-Kun’s girlfriend and a bloodthirsty, bob cut wielding gal.

Misako on the attack

Kunio seems to have found a keeper, because Misako is practically deadlier than him. We see her provide all manner of beat downs in this trailer, as well as hints at what’s in store for River City Girls. There’s obviously going to be light-RPG mechanics and some type of currency (as is standard in River City), but Misako has access to a roll, flying knee, uppercut, and a few other moves. If the announcement trailer was anything to go by, she also has several weapons at her disposal. We’ve seen her wield spiked knuckles and her backpack in animations, while gameplay shows she can, of course, also beat foes up using items from the environment – bicycles and benches included.

As well as that, it looks like story cutscenes will be depicted in a manga style. The plot revolves around Misako and friend Kyoko fighting thugs in River City to rescue their boyfriends. While these characters weren’t present in past games, it’s nice to see a role reversal and get a different angle on a well-worn franchise. It doesn’t hurt that the visual style looks incredible, something that developer WayForward has become known for. I’m particularly fond of the animation here, which is a step above the well-executed River City Ransom: Underground.

River City Girls will be releasing on September 5, 2019, for PC, PlayStation 4, Xbox One, and Switch. It will have couch co-op for two players and feature all kinds of awesome action. Are you all excited for this latest entry in the River City series? How is Misako looking to you so far? Let us know in the comments below.