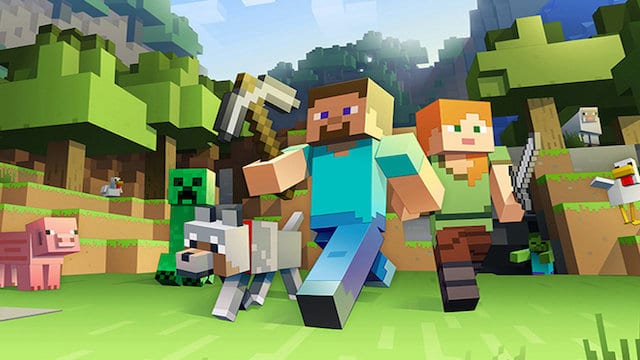 At one point, Mythic Quest co-creator Rob McElhenney was set to work on a film adaptation of the hit game Minecraft. Alas, it wasn’t meant to be, since the whole project pretty much fell apart.

However, in a recent appearance on the Happy Sad Confused podcast, McElhenney explained why it didn’t come together like the studio was hoping. “I’m comfortable talking about it, because f**k them at this point,” he explained.

Considering his fandom of the game, McElhenney was mad things didn’t work out. He explained how a “fixed narrative” and “open world experience” really worked wonders for the game because they empower children in a way that isn’t normally possible. At first, he came to Warner Bros. with his pitch, saying the studio “went for the idea” and even seemed enthusiastic about agreeing to “spend $150 million to produce it.”

So what went wrong?

When Toby Emmerich replaced Greg Silverman as Warner Bros. movie chief in 2016, things took a turn for the worse. The Minecraft idea McElhenney had in mind “slowly died on the vine” despite being fairly deep into development, with Steve Carell even contracted to appear in the film. However, he took it in stride. “I don’t harbor any resentment, I get it. I get the way that it works,” he explained.

He added that “with these kinds of numbers and this kind of scale, $150 million… it can fall apart at any moment.” Which it inevitably did.

There is still a Minecraft movie coming — just not McElhenney’s. Peter Sollett will direct, with the movie slated to arrive in March 2022.

Still, the director is hard at work on something in the gaming world, with Mythic Quest: Raven’s Banquet’s first season currently available on Apple TV. And there’s always hope that It’s Always Sunny in Philadelphia will return for a season 15.