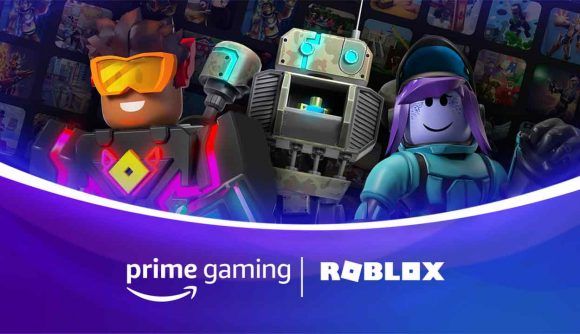 Prime Gaming has announced one of its first major perks since rebranding from Twitch Prime. The new (old) subscription bonus grants players and viewers with freebies from a range of games. With Twitch Prime, it was required that Amazon Prime users also held a Twitch account in order to claim the goodies. Going forward, Prime Gaming simply requires an Amazon account that’s subbed to Prime. If you have that, you can now claim free Roblox items every month through March 2021.

This month’s item is an exclusive “banandolier” accessory. To claim it, head to the new Prime Gaming website, and grab a code. From there, you’ll need to log in on the Roblox website to enter the code, and claim the offer. For now, the upcoming monthly items haven’t been detailed, so we expect to learn about each Roblox Prime Gaming goodie as the next month rolls around.

Roblox’s aim is to bring people together through playing various internal games, and it’s grown a lot. Every month, more than 150 million people around the world connect with others as they explore millions of “immersive digital experiences.” All of these experiences are built by the Roblox community, made up of over two million creators. Here are a few of the biggest Roblox games and the impact they’ve made:

On top of that, there are now 345,000 developers on the platform who are monetizing their games. The quirky game has really developed into a massive platform, so it’s no surprise to see such a big collaboration with Amazon Prime Gaming. If you’re interested in getting into Roblox with Prime Gaming, now is the time, with over six months of monthly freebies.