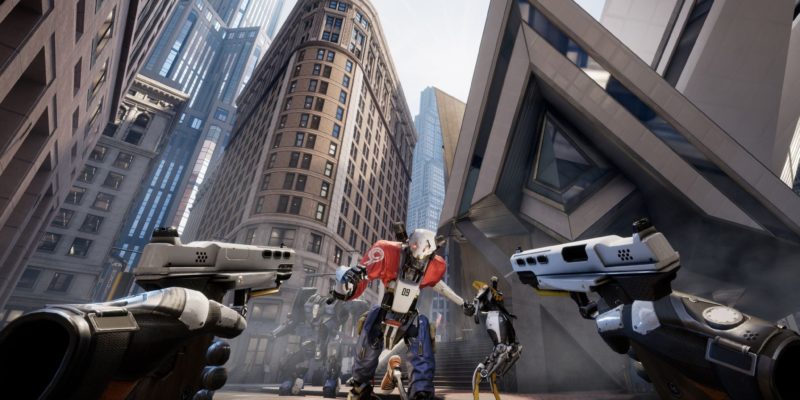 Owners of the Touch controllers can grab the game for free from Oculus and the standard price is £29.99. While the game is an Oculus exclusive, Vive users have been testing it using Revive and it seems to work with no problem.

Epic has announced that all the game’s resources including assets and source code are available to everyone and it comes with a Mod Kit.

“With the Robo Recall Mod Kit, players are invited to bring all-new experiences to Recallers everywhere. Modders can build new RoboReady-approved products, including top notch weapons for dispatching rogue robots, or change up the fight by creating their own opponents in need of recalling and creative decimation. The Mod Kit also allows players to create and share new levels for everyone to explore and build new versions of the Robo Recall maps with custom gameplay.”

Vive users can get the game running by purchasing the game on the Oculus Home software, starting SteamVR, right clicking the Revive icon in the tray, clicking “Inject” and choosing the RoboRecall-Win64-Shipping.exe for the actual game (not the mod installer .exe).

A new version of Revive has been released today so make sure that’s installed.