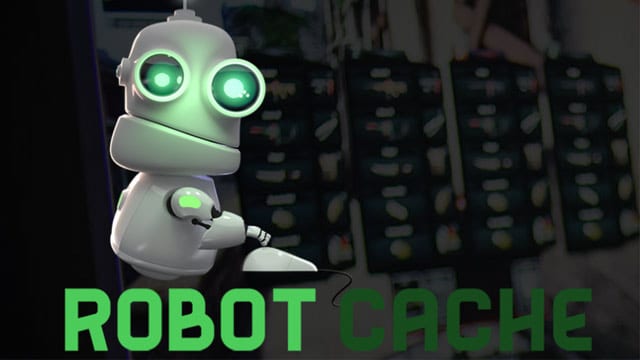 Robot Cache will be the first decentralised PC distribution platform utilising blockchain technology. This new operation plans to reduce fees paid by developers and publishers by 80%.

The new platform will allow gamers to purchase games but the big selling point is that they can be resold when they are completed. The platform is supported by its own cryptocurrency called IRON which can be acquired through mining or by reselling games. This currency can be used to purchase games.

“Earning any money on the video game resale market is unheard of for game publishers, and earning up to 70%, which is equivalent to the best margins publishers and developers currently receive on today’s most popular digital distributions platforms is crazy. Allowing creators to keep 95% of new game sales, and 70% on game resales, provides developers, like us at inXile, with a strong financial stream.  This gives us more resources to create new content and new IPs for fans,” said Brian Fargo, CEO of inXile Entertainment and Founder of Robot Cache.

Robot Cache is an interesting concept, and with Steam and other retailers taking 30%, there is a big incentive for developers who are expected to retain 95% of revenue from game sales on Robot Cache. When a game is resold the developer will take a sizable 75% of revenue from the sale with 25% going to the seller. Developers will also be able to control the parameters of resales, receive payment in minutes, maintain secure ownership rights, and have access to a full suite of sales and marketing tools.

“Just a handful of companies dominate the multi-billion dollar digital download PC video games market,” said Robot Cache CEO Lee Jacobson. “Robot Cache plans to revolutionize the industry by launching the first-ever workable decentralized video game marketplace that benefits both the creators of video games and gamers. All of this is accomplished by expertly leveraging the power, flexibility, safety, and transparency of blockchain technology”

PC gamers will want to keep an eye on this and start brushing up on how cryptocurrency works. Robot Cache also offering an incentive of additional IRON when community members reach certain milestones which will hopefully make it all worthwhile.

Michel Ancel apparently left Ubisoft while under investigation, denies everything