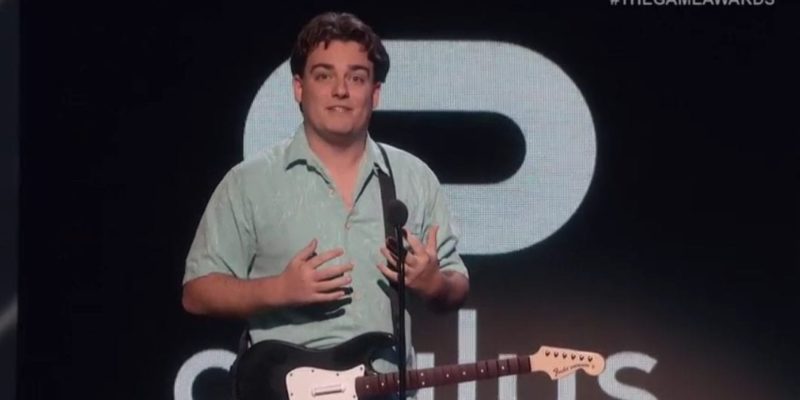 I’m assuming the announcement of Rock Band VR is a PC thing since the Oculus Rift is involved, though platforms weren’t specifically mentioned at any point. I guess that means you’ll need both an Oculus headset and a Rock Band guitar of some kind. Maybe a new one designed for this game. Again, it’s an announcement a little light on details.

Palmer Luckey is certainly keen on the idea, as you can see from the image above and the self-aware trailer below. This will be coming “to Oculus Rift” in 2016.