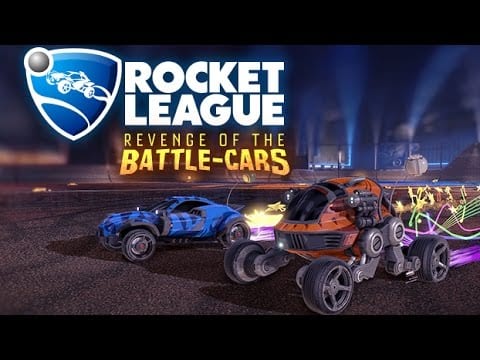 Psyonix will be adding even more ways to customise and stylise your Rocket League rides (plus two new rides entirely) in an upcoming ‘Revenge of the Battle Cars’ DLC pack. I believe it’s so-called because the two ‘new’ cars (Scarab and Zippy) are from the original Supersonic Acrobatic Rocket-Powered Battle-Cars.

As well as that pair of vehicles, the $4.00 USD (or rough equivalent, hopefully) asking price will get you a load of other cosmetic stuff like paint types, decals, toppers (hats!), antennas and so on. Here’s the definitive list of what’s included:

In addition to the paid stuff, Rocket League will be getting a couple of free alternative versions of existing stadiums – Urban Station (Night) and Utopia Coliseum (Dusk). Everybody will be able to use those, not just people who purchase the DLC.