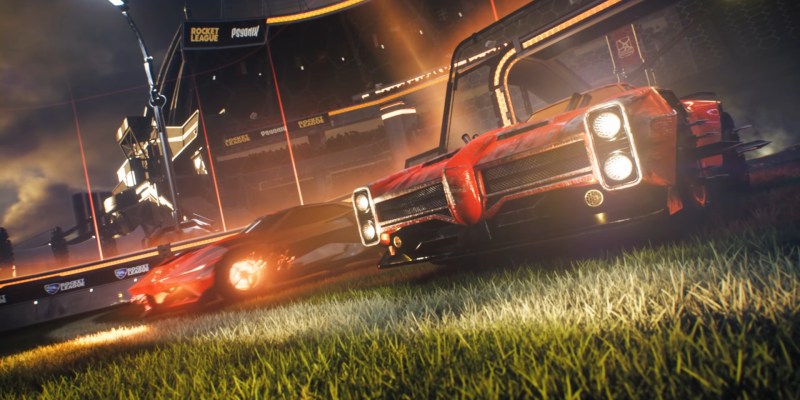 The time has arrived, car-soccer fans. Psyonix has revealed when Rocket League heads to the Epic Games Store as a free-to-play game. And that day is next week. Naturally, this means players on Steam have a short window of time to play the game on Valve’s storefront. Once September 23 arrives, the game will be played on a much different field.

The move has been known for a while, so the move shouldn’t be too much of a surprise. Back in July, Psyonix revealed its plans to take Rocket League off Steam. The news followed the studios’ acquisition by Epic last year. During that time, Psyonix insisted that Rocket League wasn’t leaving any time soon, but long-term plans were underway. Of course, the move was only a matter of time. However, you won’t be forced to change from Steam if you don’t want. Moving over to the EGS isn’t mandatory, and you can still play on Steam following its deltisting.

Rocket League players will, however, still be able to continue their progress following the move. Cosmetics, car parts, and career history will all make the transition over to the EGS. Those who own the game and have played it prior to it going free to play will be upgraded to Legacy status. Legacy players will receive some nice bonuses following the move, including all Rocket League-branded DLC, Dieci-Oro Wheels, and a Huntress Player Banner.

Steam users can still play the game until its move, but starting tomorrow no one will be able to buy the game on the storefront. I’m fairly certain you can get Legacy status by buying today, so if you want to jump in on those bonuses, you better act fast.

Psyonix also detailed what’s coming to the game once it goes free to play. Adding the game to your library after the launch will net you a $10 USD coupon to use on the EGS. You’ll also receive two items, the Sun Ray Boost and Hot Rocks Trail. September 23 is also the start of Season 1 and competitive tournaments. The developer plans on detailing the former later this week.

Rocket League heads to the Epic Games Store on September 23.

Paper Beast developer announces Folded Edition, the non-VR version for everyone else

By Chirag Pattni38 mins ago
News

By Greg Bargas2 hours ago
Guides