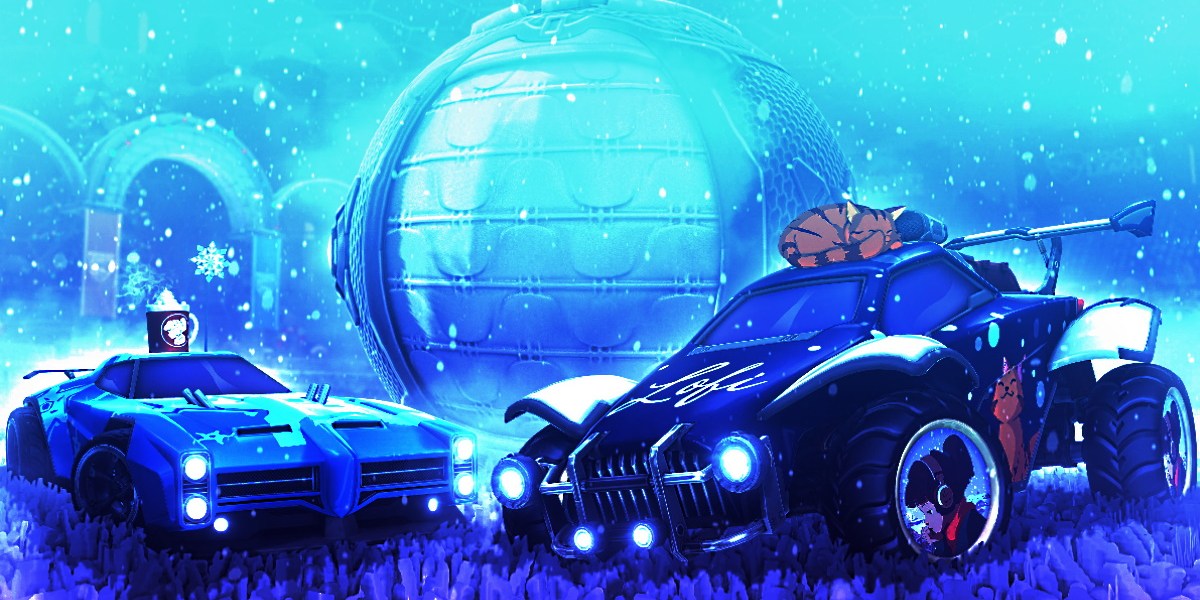 As the weather grows cooler, so do the vibes in Psyonix’s hit Rocket League. To help get into the winter-themed mood as part of the Rocket League Frosty Fest season, the ever-popular, YouTube-born sensation Lofi Girl is providing some chilled-out new beats, cosmetics, and even game modes.

After that, there’s Heatseeker Ricochet from December 21-28. What makes this mode special is that touching the ball will send it hurtling towards your opponent’s goal. So, it’s a game of superior defense.

The last new limited-time mode is Knockout, which will run from December 28-January 3. This is a more technical mode, described as “no ball, no teammates, no mercy.”

As you play, you’ll earn Lofi Girl-themed rewards such as the Lofi Girl Decal, Snowflake Antenna, and crowd-pleaser Lofi Girl Cat Topper. Golden Gifts will also be attainable, with players being able to earn up to five of them.

Of course, Rocket League is well known for its stellar electronic soundtrack. Seeing that Lofi Girl hails from music fame, it should come as no surprise that she’s being joined by six new chilled-out lo-fi tracks for you to study/relax/score goals to.

Grab your frienemies and rack up some points as you melt the ice with your boost-laden exhaust by competing in all these different events. Remember, you can join up with various friends in some cross-platform action. We have a handy guide that will show you how Rocket League’s party system works.

The Rocket League Frosty Fest kicks off on December 14 and will run until January 23, 2023.

Where to find the Shockwave Hammer in Fortnite