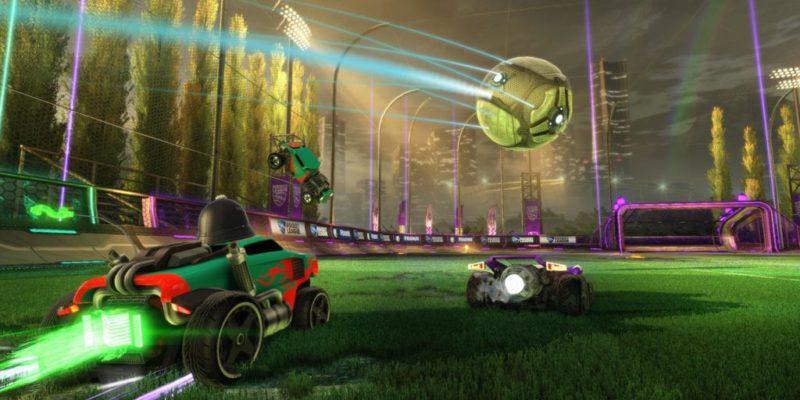 Rocket League has had a lot more sales than expected… which, for an online game, means server problems galore.

Since launch, 48 hours ago, 1.2 million people have apparently signed up for some car-based football (soccer, for Americans) action. For an online-focused game by a relatively indie studio, that’s… that’s quite a lot of people.

We appear to have hit a bump in the road with the servers as we neared 100k players. Will update as soon as information is available.

I suspect that the problem is exacerbated by two things: firstly, the game is currently free for all PlayStation Plus subscribers, which means that lots and lots of people on the PS4 are getting it for free and are happy to try it out for that price. Secondly, the game has cross-play between PC and PS4, which means that even more people are trying to access the same servers. However…

Servers are currently down while we address issues. We are prepping a hotfix patch for PS4 and Steam to deploy soon to improve stability.

Also, it is because of such high numbers that we are having challenges keeping up with demand for some — hot fix soon should help this!

For the uninitiated, Rocket League is a physics-based football game in which everyone drives cars and the ball is like a massive bouncy beach ball. Two teams are each trying to get the ball into the opposing team’s goal. Wacky physics-related hijinks ensue as the cars drive, jump, and occasionally fly around the arena. And up the walls. And along the ceiling.

In all seriousness, it looks great, although the current server issues are obviously a bit problematic in terms of recommending the game to anyone. Keep an eye on the official Twitter account for updates on the server woes, and figure out for yourself if it’s worth a punt.