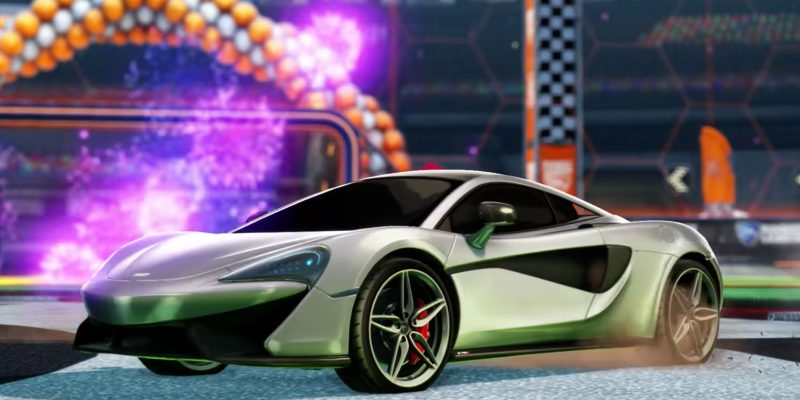 In the last month, the Rocket League garage has been jam-packed with cars from out in the real world. The iconic Formula 1 racecar was the most recent occupant, complete with 10 decals representing all the teams. Before that, players could purchase a NASCAR body and decals and the Lamborghini Huracán STO. Now, Rocket League is once again being graced by the presence of the McLaren 570S.

The previous McLaren 570S, which was the first supercar to ever be transformed into a supersonic acrobatic rocket-powered battle-car, came with a bold orange paint job. This time around, the sportscar is looking more sophisticated in silver. If you already own the McLaren from back in 2018, you can purchase the Upgrade Pack to just get the new silver decal and wheels.

The update that reintroduced the McLaren to the world of soccar also fixed the incredibly annoying bug that would cause players to spawn with an invisible car and a locked camera position. So, no need to head back to the lobby after almost every game anymore.

Nvidia RTX 3070 — Is the gaming performance worth it?