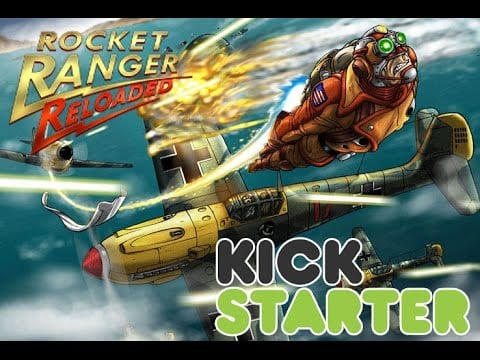 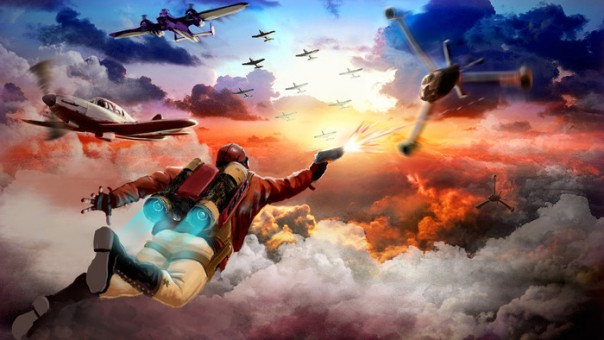 The Kickstarter for Cinemaware’s Rocket Ranger Reloaded has blasted off, and with your help, it can take the fight to the Nazi menace.

Rocket Ranger Reloaded is an action-adventure game that gives you the opportunity to set history right. As a soldier in World War 2, you receive a message from the future detailing how Nazi technology mysteriously made a giant leap forward, and this gave them the power to conquer the world. Along with the message are a few gadgets devised from the futuristic Nazi technology – and with that, it’s up to you to single-handedly bring the Nazi war machine to a halt.

As with many of the old Cinemaware games, Rocket Ranger amalgamates a load of different game types. You’ve got dogfights in your rocket pack, shoot-outs at Nazi bases, hand-to-hand combat… and also a world map where you’ll have to deploy agents, make strategic decisions, and research new weapons and rocket technology.

Cinemaware recently released Wings! Remasted Edition, but Rocket Ranger Reloaded isn’t quite the same thing. According to the Kickstarter, the “Remastered Edition” of Wings! was basically all about keeping the game intact, but polishing up the audio/visual side of things. Rocket Ranger Reloaded, on the other hand, will have new locations, gadgets, weapons, equipment, outfits, characters, and vehicles; it’ll offer gameplay upgrades, new action and story sequences, and a deeper strategic component. So unlike Wings!, this won’t be basically the same game.

I have a bit of a fondness for Cinemaware’s older titles (It Came from the Desert and The King of Chicago, in particular) but Rocket Ranger was one I somehow missed, so I’m quite intrigued. Cinemaware are after $89,999 and have already hit $11,973 (at time of writing) so things are going pretty well so far. As per usual there are plenty of backer tiers, but $25 USD is the lowest that’ll get you a copy of the game.

You can view the Kickstarter over here, or have a look at some before/after screens and a Kickstarter trailer below.

The Witcher Adventure Game gets a monster-slaying tutorial vid