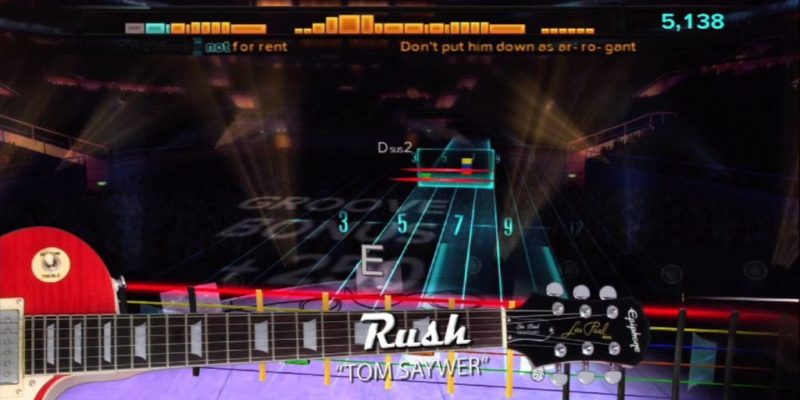 The previously announced Remastered version of Rocksmith 2014 now has a release date of 4 October. As explained by Ubisoft at the time, existing owners of the game will get a free update to the Remastered edition on the day of launch.

Most of the changes pertain to search functions and quality of life issues like being able to “Pause and navigate freely through entire tracks in Riff Repeater, and loop phrases more efficiently”. You’ll also be able to “Build custom Song Lists in Nonstop Play to group songs for personalized practice sessions”.

The track listing for Rocksmith 2014 – Remastered will be the same, but the retail edition will include a voucher for six additional tracks. That won’t be a freebie update, but will be available as DLC.

Here’s what’s being changed, followed by the upcoming song DLC.

· Manage your song library using updated Search, Sort, and Filter tools
· Search by artist or song name in Learn a Song, Score Attack, and the Shop—just enter the desired text with your keyboard or game controller
· Build custom Song Lists in Nonstop Play to group songs for personalized practice sessions
· Pause and navigate freely through entire tracks in Riff Repeater, and loop phrases more efficiently
· View all song arrangements from the improved Song Hub, and launch directly into any of them without changing paths
· Filter your Nonstop Play list by tuning, and switch between all available arrangements between songs
· Customize the rate of Dynamic Difficulty adjustments, or disable the feature altogether
· Track your progress with detailed in-game player statistics