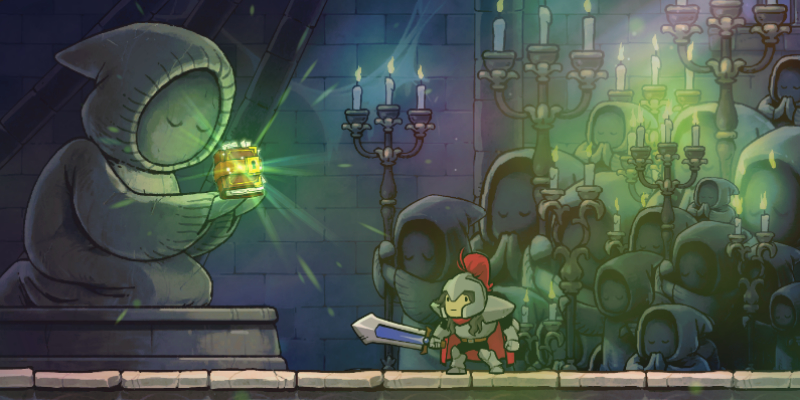 One of the best additions to Rogue Legacy 2 is the Heirloom mechanic. Heirlooms are artifacts that grant unique abilities required to access certain areas of the game. Heirlooms are given as a reward for completing the challenge chambers found in each biome. The same chambers will always be found in a specific biome. But their spawn point within each biome is randomized in each run. Once discovered, chambers are marked on the map by a bright orange candle. We’ve listed all Heirlooms in Rogue Legacy 2 and where to find their locations.

Note: For more information, tips, and guides about Rogue Legacy 2, check out our guides and features hub.

Aesop’s Tome is one of two Heirlooms that can be found in Rogue Legacy 2‘s first biome, Citadel Agartha. This Heirloom allows you to read Memories, which is necessary if you want to understand the game’s lore. Those more interested in gameplay will instead want to take advantage of Aesop’s Tome ability to disable Nightmares. Nightmares are hazardous turrets that shoot projectiles at the player whenever they use an attack. These can be irritating. They make it harder to fight enemies, as you have to worry about getting hit by the Nightmares.

Despite being the first Heirloom chamber that most players will come across, it is not easy to complete. You have to navigate through various levels defeating any enemies that show up. In some rooms, you’ll be able to disable the Nightmares and take out the enemies before they reactivate. But in other rooms, you’ll be forced to fight enemies and dodge the Nightmares at the same time. Don’t be surprised if you die on your first attempt at getting this Heirloom. Ananke’s Shawl is the other Heirloom that can be found in Citadel Agartha. This Heirloom grants the ability to Dash while in the air. Though Aesop’s Tome is largely just a quality-of-life power-up, Anake’s Shawl is required to beat the first boss, Estuary Lamech. This is because Lemech’s entry door only opens if both of the nearby lanterns are lit simultaneously. These lanterns go out quickly, and the only way to light both of them fast enough is by Air-Dashing between them.

This Heirloom chamber is considerably easier than the one for Aesop’s Tome. Most of the chamber is just a platforming sequence that challenges you to use the Air Dash to get around in ways you couldn’t before. The only potentially tricky aspect is learning how to combine Air Dashes and Spin Kicks, but this becomes easy enough with a bit of practice. Most players should be able to complete this on their first attempt. Echo’s Boots are the only Heirloom in Rogue Legacy 2‘s second biome, Axis Mundi. They can be found by completing the chamber located through the door found above the biome’s opening room. Reaching this door requires Ananke’s Shawl. Once you’ve entered the door, make your way to the top of the castle by using Spin Kicks to gain height. Once that’s done, drop off the left side of the castle while holding right and you should land next to the chamber’s entrance.

Echo’s Boots are another mobility power-up that enhances the Spin Kick by turning into the Echo Kick. Echo Kicks can be used to bounce off glowing platforms, and they reset your air dash when used successfully. Much like the chamber for Ananke’s Shawl, this is fairly easy and mostly consists of just platforming. You are required to use Echo Kick to progress through the rooms. This demands more patience and timing than the Ananke’s Shawl chamber, but shouldn’t pose too much of a challenge once you get to grips with this using this Heirloom. Aether’s Wings are the only Heirloom found in Rogue Legacy 2‘s third biome, Kerguelen Plateau. The biome is all the way to the right of the map after completing Axis Mundi. The chamber can be found in a large unique room in this biome that holds a large ocean. To reach the chamber you’ll need to use Echo’s Boots to Spin Kick across hidden resonant platforms that are at the bottom of the ocean. Receiving this Heirloom makes it possible to double jump. This is a simple, but extremely powerful mobility tool that is essential for most of the game’s content beyond this point.

Yet again, the chamber for Aether’s Wings is mostly made up of difficult platforming challenges that may require some practice. Although, there are also some combat rooms that can be very punishing. The enemies in this chamber regularly hit over 100 damage, so health-boosting traits like Hero Complex as well as the Barbarian class’ passive ability, Tough, are extremely useful. This is the hardest chamber since Aesop’s Tome, so don’t be too disgruntled if it takes a few attempts to complete it. Pallas’ Void Bell is the only Heirloom found in Rogue Legacy 2‘s fourth biome, Stygian Study. This biome is found above Citadel Agartha, but it cannot be accessed until Aether’s Wings are acquired. This Heirloom improves the Dash by transforming it into a Void Dash. Void Dashes travel longer than regular Dashes, can be canceled, and allow the player to pass through Void objects. This includes both enemy Void attacks and Void Doors that block off certain areas required to complete the game.

The chamber for Pallas’ Void Bell shares a lot in common with the one for Aether’s Wings. It is made up of a sequence of rooms that primarily challenges your platforming skills and your ability to use both Void Dashes and Jump Kicks in unison. However, there are also two combat rooms that aren’t too difficult, but can be fatal if you’re not paying attention. Overall though, this is one of the easiest chambers to complete, and players who have gotten this far shouldn’t find it difficult. 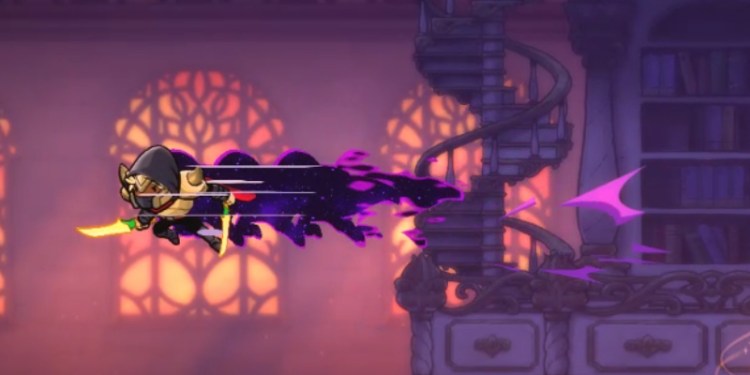 Theia’s Sun Lantern is the only Heirloom found in Rogue Legacy 2‘s fifth and final biome, Pishon Dry Lake. Unlike every other biome up until now, you do not have to find or complete a chamber to obtain it. Instead, simply beat The Sun Tower’s final boss, Estuary Irad, and head to the Pishon Dry Lake located below Citadel Agartha. Near the entrance, there is a mysterious knight who will hand over the Heirloom.

This Heirloom does not grant a new mobility tool or a new way to attack. All it does is make it so that your heir omits a light around them. For most of the game’s biomes, this is useless, but it is required to complete Pishon Dry Lake. Without Theia’s Sun Lantern, you cannot see where you’re going, making it practically impossible to navigate through the biome without dying. 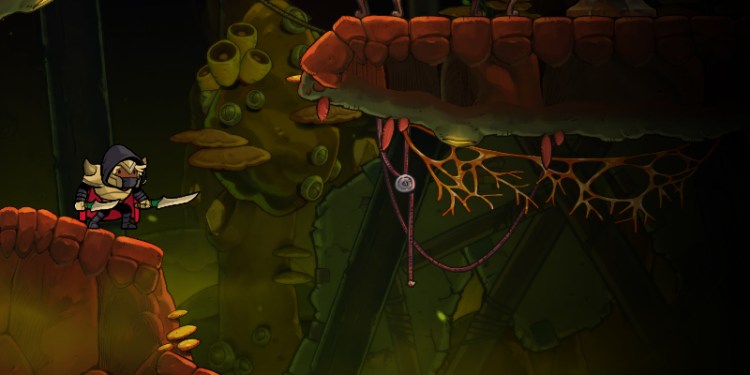 By Sam Robins19 mins ago
Guides