The Pirate is the second class available in Rogue Legacy 2 that uses a gun. Unlike the Gunslinger, however, this privateer throws out traditional firearms in favor of a heavy-caliber cannon. The Cannon is actually a hybrid weapon, as it uses both melee and ranged attacks. Getting to grips with this unique combination can take some practice. Due to this, the Pirate class isn’t the easiest class to use, but our guide on its Weapon, Ability, and Passive will help you get the most out of it as you play Rogue Legacy 2.

Unlocking the Pirate requires your castle to be at level 42. This and the Astromancer are the first classes you can unlock after level 36. If you’ve already unlocked the Dragon Lancer, the only other upgrade needed to access the Pirate is the Blast Furnace. This castle upgrade is fairly expensive, though, so you’ll need to put together a strong run beforehand to earn enough gold to purchase it.

The Cannon is one of the most unusual weapons in Rogue Legacy 2. It is a hybrid weapon that takes advantage of both a melee and a ranged attack. Its first attack is always a close-range melee attack. This deals moderate damage and knocks back enemies. The follow-up attack is then a ranged attack where you shoot a cannonball. This requires manual aiming just like the Ranger’s War Bow and the Gunslinger’s Kinetic Revolver.

The strategy to get the most out of the Cannon is as follows: You’ll want to dash in and swing to land a guaranteed critical hit that will also knock back the enemy. Then, transition into a Cannon shot, aiming at the same enemy you just pushed back. It’s a tricky combination, and the timing is hard to master. If you get good at it, though, it’s possible to defeat most enemies without them even having the opportunity to fight back. 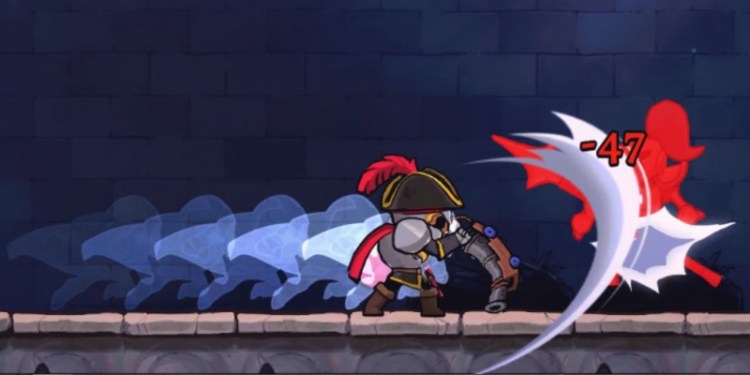 What is a pirate without their ship? The Pirate gets access to the Pirate Ship talent. It does more or less what you think it does. When used, your heir will summon a pirate ship that can be sailed for eight seconds. While in the Pirate Ship, you can rapidly fire cannonballs to deal huge damage to any enemies who are unlucky enough to be nearby. Unlike real-life ships, this vessel can go airborne and freely fly around, making it an outstanding mobility tool.

However, you can’t accurately aim the cannonballs while sailing the Pirate Ship. They simply fire directly forwards in whatever direction you are facing. However, your weapons aren’t disabled while sailing, so it is possible to aim with the Cannon to hit targets that are awkward to reach with the Pirate Ship. Once the eight seconds are up, or you choose to bail early, the Pirate Ship launches forward and explodes if it hits anything. This deals a good chunk of damage and inflicts targets with the burn debuff for three seconds. After the explosion, the Pirate Ship goes on an eight-hit cooldown. This talent is very good and should be used as often as possible. Only a fool would expect a pirate to play by the rules. The Pirate class’ passive ability in Rogue Legacy 2 is Cheap Shot. Cheap Shot increases all damage dealt with any primary weapon by 10%. It also increases any critical hit damage dealt by spells by the same amount.

Although this isn’t the most interesting passive ability, it is still good in its own right. In Rogue Legacy 2 there are two things that are always worth upgrading: your damage output and your health. Given this, Cheap Shot’s effects are highly desirable, and as an added bonus, it scales well into the end game. Combine that with the Pirate’s outstanding Health and bulkiness, and it’s clear that this is one of the strongest classes in Rogue Legacy 2. 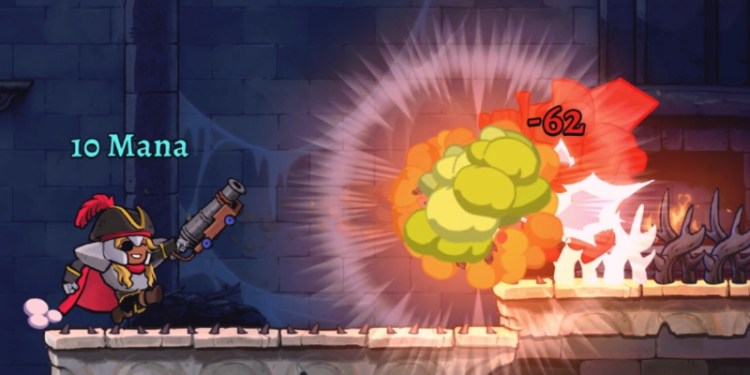 Note: For more information, check out our Rogue Legacy 2 guides and features hub.

Future Overwatch 2 updates will buff supports, with Mercy and Moira up next

By Sam Robins9 hours ago
Guides