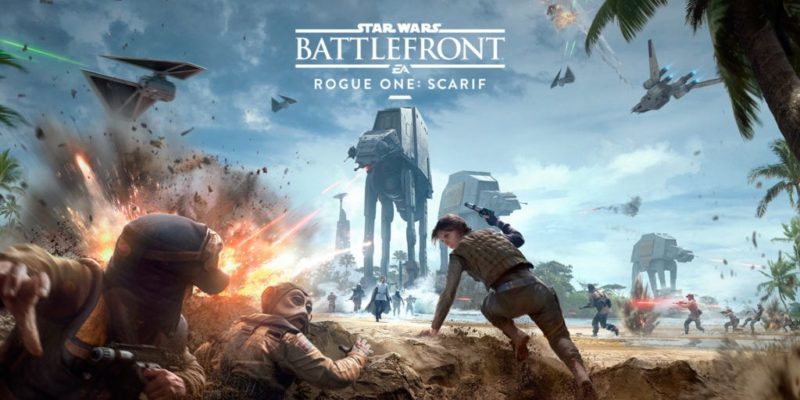 Star Wars: Battlefront will get its fourth and final expansion on 6 December, according to an announcement made today by DICE and EA. Rogue One: Scarif, taking its name and inspiration from the upcoming Rogue One film, will include four new maps, and a pair of new playable heroes.

One of the maps will be Scarif itself, the tropical planet featured in the film’s trailer. The two new heroes are Jyn Erso and Orson Krennic, and there’ll be a multi-stage game mode based around space and ground combat. Season Pass owners will get Rogue One: Scarif as part of that package.

A piece of artwork from the upcoming DLC can be seen below. There’ll no doubt be a full trailer in the next couple of weeks.