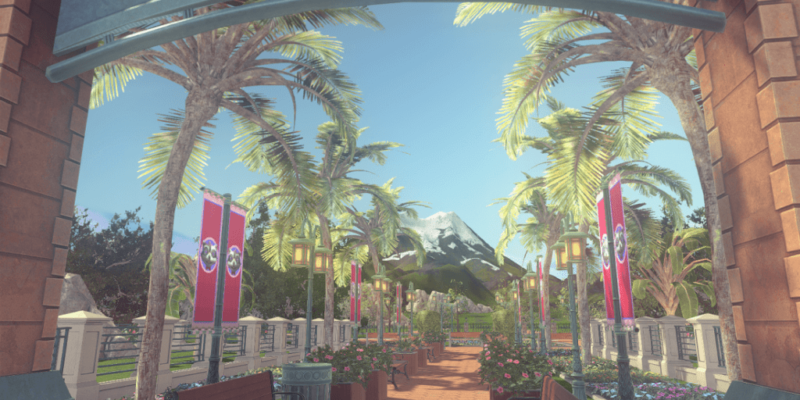 Not to be confused with Frontier’s Planet Coaster, Roller Coaster Tycoon World is the other one being released under the Atari label.

We’ve not seen much of the game apart from a gameplay reveal trailer which looked decidedly average but today there’s some new visuals with a single shot and it looks a lot better than it did. The development team say their not ready to show all the fancy stuff such as the rides and want to start with “the ground floor of your park”. Not super exciting if you wanted to see swirling rides but it’s better than a punch in the face.

The game has already been added to the Steam store in case you want to keep track of it.

King’s Quest promises A Knight to Remember in July