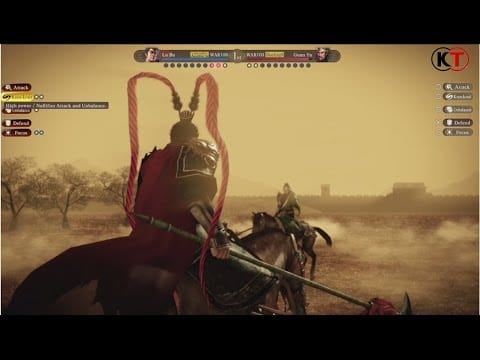 You’re not going to conquer the land without getting your hands dirty, as this new Romance of the Three Kingdoms XIII trailer demonstrates. The game is coming out in the west (and through Steam for PC) on 5 July.

This series takes a more strategic overview than the close-up battlefield pyrotechnics of Dynasty Warriors, and the trailer below shows some of the various forms of open field combat that’ll be going on. Special battle tactics look like they’ll play a pretty major role too, if the massive firestorm engulfing the enemy units is anything to go by.

Naval battles and sieges are part of the game too, as are one-on-one duels and debates (with the former being more weapon-based, and the latter excellently billed as “intense conversations”. See most of that (the debates aren’t in it, sadly) in the Romance of the Three Kingdoms XIII video beneath these words.

The Elder Scrolls Online will soon embrace the Dark Brotherhood

Breached is a a genre-bending sci-fi mystery. Watch the trailer