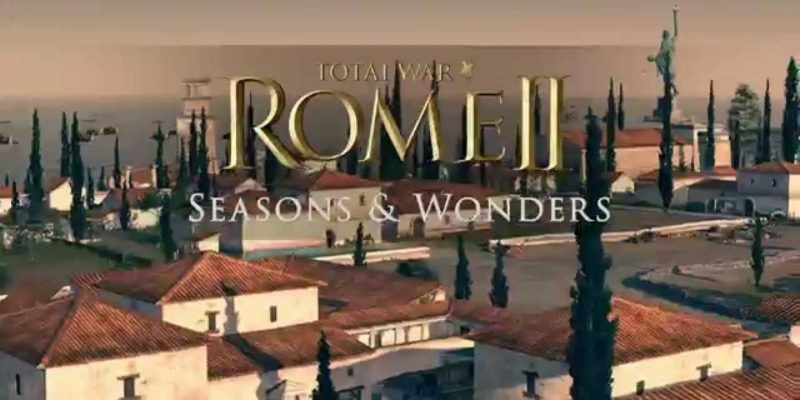 Bam! Citadel. I think that’s the effect they were going for, there.

Two extra chunks of Total War: Rome 2 have been released today, one which Creative Assembly hopes you’ll dip into your pocket for and the other which is going out free to everybody. The paid-for one is Hannibal at the Gates, the second expansion for Rome 2 after January’s Caesar in Gaul.

Hannibal costs a tenner (in the UK, anyway) and is set during the second Punic War. There’s a new map of the western Mediterranean (with more provinces) for Hannibal and Scipio to duke it out over, plus a few new playable factions if you don’t fancy bothering as Carthage or Rome. Syracuse, the Arevaci, and the Lusitani will all be playable too, each with their own set of units. In addition, Rome and Carthage will have a new civil tech tree based around diplomacy.

In the free corner, rolling out for everybody, is the Seasons and Wonders DLC. This adds seasons to the main Rome 2 campaign, which is rather excellent as they added a bit of strategic depth to Caesar in Gaul. If it’s winter, you won’t be wanting to march your troops across the wilderness, because they’ll suffer horrendous attrition. Each season brings certain randomised bonuses to cities in Caesar in Gaul, so hopefully that’s the case here too.

The ‘Wonders’ part refers to battlefield wonders like the great Pharos of Alexandria. If you’re having a confrontational disagreement with your neighbours (otherwise known as a massive battle) and there’s a wonder nearby on the campaign map, you should see it appearing on the battlefield for a bit of additional atmosphere.

You can see some of the wonders in question in this handy promotional video, below. Steam should update automatically to provide you with the free Seasons and Wonders additions. The only down side is it may mess about with some of your Rome 2 mods (especially if you’re running some modded campaign seasons at the moment.)