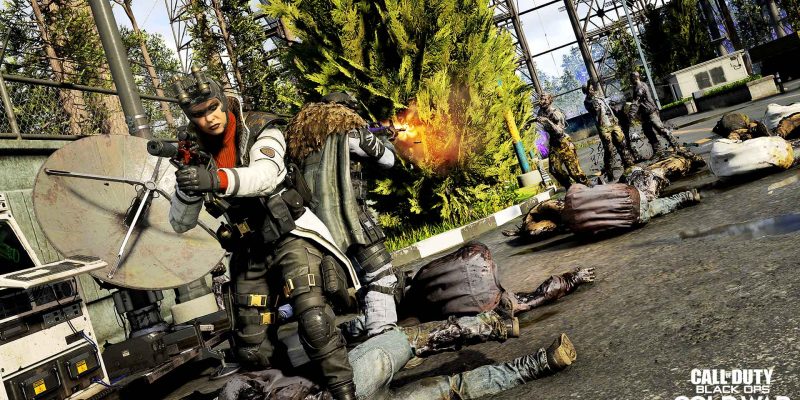 Call of Duty: Black Ops Cold War and Warzone Season Three is action-packed with brand new content across all modes. This includes Zombies, which now has a new field upgrade, a new Outbreak region, new vehicles, and more. However, a small addition was made to Outbreak which was left out of the patch notes. Recently, a hilarious Easter Egg was discovered in Black Ops Cold War Zombies, which allows you to get access to a free Ray Gun and meet the Ronald Raygun character who is an obvious spin-off of the US president of the time period.

Seeing as the Ray Gun is one of the most desired weapons in the game, it shouldn’t come as much of a surprise that the developers decided to have a little fun with a custom creation. The hilarious character that has been added into Black Ops Cold War Zombies Outbreak mode is named Ronald Raygun after the weapon. All you have to do is find a zombie named as such, and it will drop free Ray Gun for you.

A clip was posted on Reddit by a player who managed to find the Ronald Raygun zombie. As you can see from the clip, this zombie looks different from the rest. It wears a spiked leather jacket and has a bright pink mohawk hairstyle. In addition, the zombie comes with its own health bar, although it takes the same amount of time to kill as a regular zombie.

Ronald Raygun does not spawn in a specific location

Once you wipe out Ronald Raygun, he will drop the Ray Gun Wonder Weapon with a total of 100 bullets. As with any Easter Egg, it is not as simple as it seems on the surface. At the time of writing, the way Ronald Raygun spawns is completely random and he does not spawn on a specific map. As a result, it may take multiple search attempts to find the zombie.

The Ronald Raygun Easter Egg is definitely one of the more unique additions to the Black Ops Cold War Zombies Outbreak game mode. It is definitely worth keeping an eye out for the rare zombie. It will be interesting to see if Treyarch add any more Easter Eggs to Outbreak as the mode progresses. The best guns to use in Call of Duty: Warzone Season 3