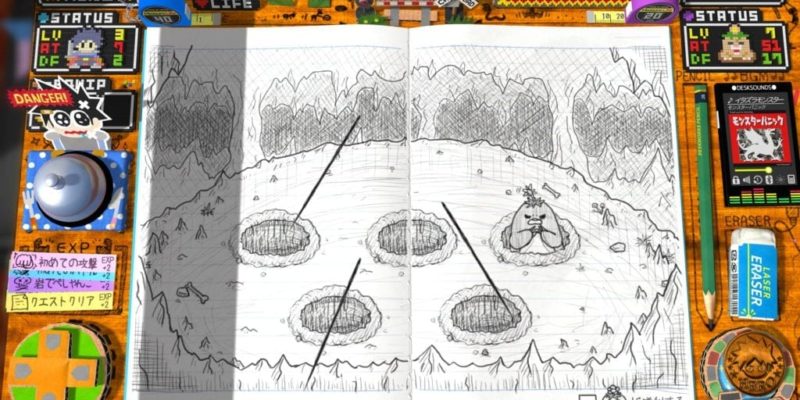 There were a ton of great games revealed at the Xbox E3 2019 briefing. We saw a new trailer for The Outer Worlds, a Cyberpunk 2077 release date, and some new, free Borderlands 2 DLC. Perhaps one of the most charming titles to be announced, however, was RPG Time: The Legend of Wright.

The game has an art style that looks to have been pulled straight out of an elementary schooler’s composition notebook itself. Desk Works details over on their YouTube page that the drawing in RPG Time: The Legend of Wright is the product of a young game designer planning out their own role-playing game adventure. It seems like the player can use a variety of school supplies such as a pencil and an eraser to help progress the story, solve puzzles, and unlock secrets.

RPG Time: The Legend of Wright will be releasing on PC, Xbox One, and Mobile devices sometime in 2020. Those who are finding themselves drawn to the game can head over to the Desk Works’ website where they can create doodles that might be added into the game itself.

What do you think of RPG Time, and of Microsoft’s E3 2019 conference as a whole? Which games and reveals caught you off-guard and excited you the most? Be sure to let us know your thoughts in the comments!