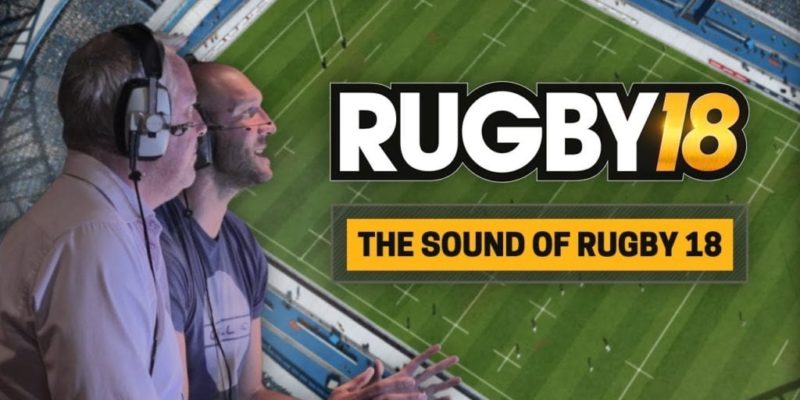 I so want there to be a great rugby game with the qualities of FIFA but so far no developer has really nailed it. Perhaps Rugby 18 from developer Eko Software and Bigben will be the rugby game to play in the future.

The game comes out in October on the PC and the trailer below takes a behind the scenes look at the making of the game’s commentary. Behind the mic is Nick Mullins and Ben Kay who both sound quite stilted trying to recreate live commentary. Now if only Bill McLaren was still alive, that would really make it something special.

The video below does feature some snippets of early Rugby 18 gameplay so it’s worth a look.