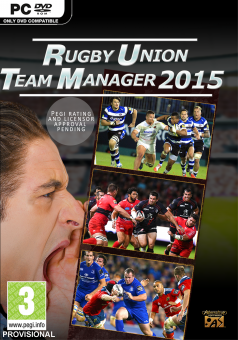 Alternative Software are releasing a new rugby management sim which we hope will actually be good.

Rugby fans will know all about the disaster that is Pro Rugby Manager 2015 which was a complete rip-off  and an utter mess. Rugby fans are still waiting for a solid rugby management game and perhaps Rugby Union Team Manager 2015  will deliver when it’s released later this month.

The game is described as the “most comprehensive rugby simulation ever produced” with a roster of over 14,500 players and over 320 playable teams. Not bad.

Aspiring managers are going to have access to everything they could want to build their teams including managing an entire club, from youth development through to the first team, the players, coaches, physios, scouts and doctors. To help complete the package the game will also feature a 2D and 3D match engine which will enable managers to give instructions in real time.

Rugby Union Team Manager 2015 has been in development for two years at Alternative Software and they point out that it’s a game that been developed “by Rugby fans for Rugby fans” and will give rugby fans access to all the features usually found in football management titles. He also says that it will include “less falling over and crying” compared to the footy titles. Well said!

What sounds great about this game is the inclusion of all world tournaments and internationals. This will really make it feel like complete management sim and it will give me the opportunity to take Scotland to the World Cup final. Actually, I don’t think even a sim could manage that.

Could this be the rugby game we’ve all been waiting for? Let’s hope so because it’s been a long time coming. Here’s a list of the features included when the game launches this month,

You can keep an eye on the game over on the Alternative Software site.

Final Fantasy XIV Gets Ninjas and Gear in Patch 2.4: Dreams of Ice