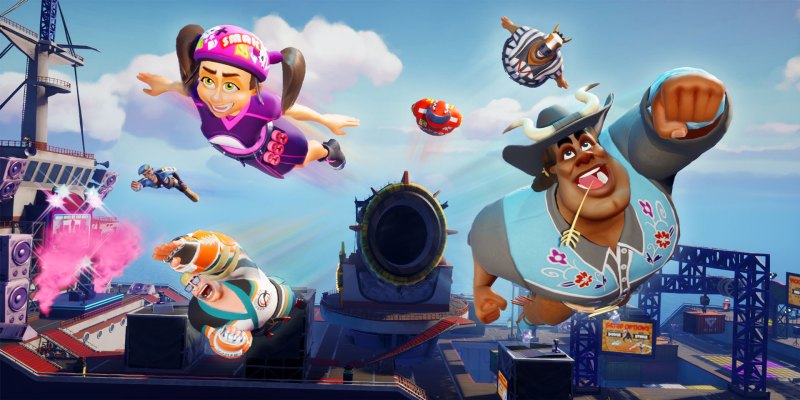 The battle royale genre has proven it will never get stuck in a rut. Breaking away from running and gunning, the genre has meshed well with other genres ranging from swords and sorcery to elimination-style game shows. But what about wrestling, where the greatest grappler grabs the gold? Enter Rumbleverse, a spandex-wrapped, free-to-play battle royale now set with an August release date.

Rumbleverse stays true to many battle royale games seen, but adds its own unique flavor. The game taps into the sport of wrestling and Lucha Libre to bring a game with flying kicks, devastating grapple moves, and crazy-ass masks. The city of Grapital City has skyscrapers to climb, and you can leap from the top to deliver an earth-shattering elbow drop. It’s a zany game that has risen in popularity following recent network tests, and soon it’ll be out for real on the Epic Games Store.

It’ll be free to play once it enters the ring. Naturally, that means there’ll be an in-game store with microtransactions. However, winning is entirely a game of skill and good fortune. All purchasable items in Rumbleverse are customization options, such as outfits and masks. Developer Iron Galaxy Studios promises there will be hundreds of cosmetics, and plenty more should be available during Season One and its Battle Pass.

Bringing a season of pain

Rumbleverse Season One will begin a week after its release date. There will also be a Battle Pass, if you’re so inclined. However, we don’t have a lot of information on either at the moment — including the price of the pass. The game’s FAQ page is pretty bare, only mentioning that the Battle Pass will be available once Season One of Rumbleverse begins. What we do know is that the game will include cross-player “for supported platforms.” The game will be available on PC, PlayStation, and Xbox, so I imagine you’ll be able to throw down with players on all systems.