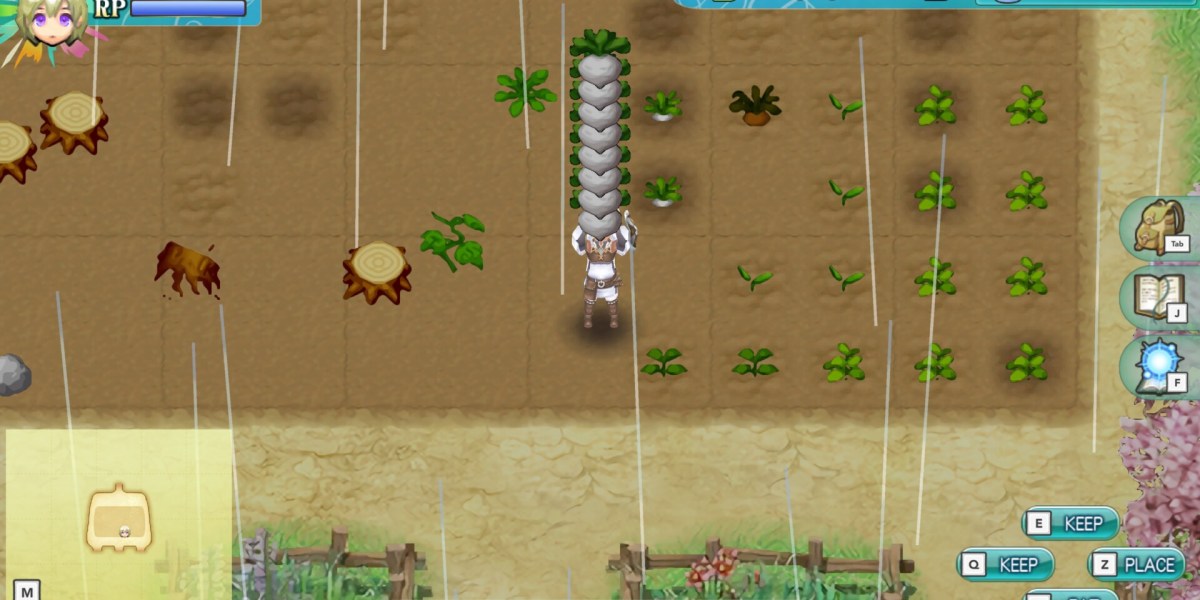 Rune Factory 4 was a game I put a hell of a lot of hours into back on the Nintendo 3DS. The rhythm of taking care of your crops, fighting through dungeons, and making sure my gear was up to the task of getting me through the game’s challenges had me hooked. The game is almost 10 years old now, but little has been done to dilute its core appeal, even if some aspects of it could surely have used some updates. Regardless, Rune Factory 4 Special is a deliciously compelling experience filled with hours of content. Although, seeing a 3DS game blown up to 4K isn’t the most natural fit in the world.

The story, which is actually fairly in-depth here, begins with your character on an airship. They’re attacked by soldiers from an empire named… okay, I’m not going to get into that here. Your character ends up falling off into the kingdom of Selphia below. There, the Native Dragon of Wind, Ventuswill, assumes you to be royalty and gets you set up to farm and give the kingdom orders. All the while, you’re living out of the room next to hers. Only, the real royal envoy shows up a bit later. Luckily, they agree to let you keep doing what you’re doing, since they don’t see eye to eye with their father.

What follows is quite the adventure. You get to know the inhabitants of Selphia as you use your strange Earthmate powers to turn monsters into humans, while you make your way through dozens of hours of dungeons and surprisingly intricate story arcs. Some of said arcs see you fighting the aforementioned empire. You can marry many of the townsfolk (although this was a bit before the games that let you do same-sex marriages). Many of whom are anime archetypes with a couple of broad characteristics, of which they like to remind you again and again. And then there’s Porcoline, the owner of the restaurant, who frightens me just as much on my monitor as he did on my 3DS screen. That boy ain’t right. 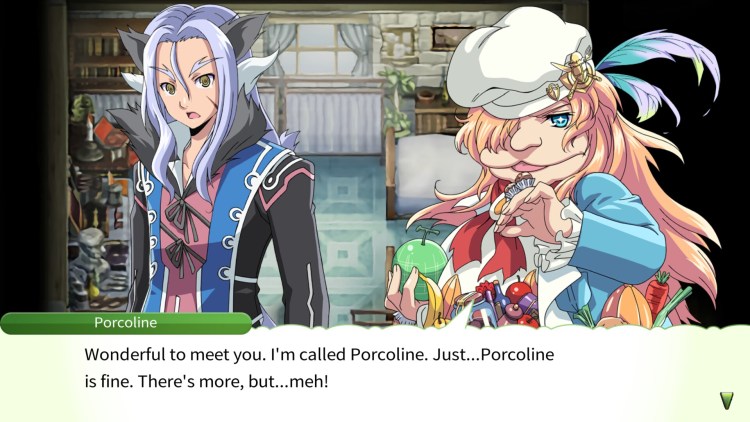 On the off chance you’re not aware, Rune Factory is basically the fantasy action RPG cousin of the Story of Seasons games. After getting settled, you’re given access to a field for crops, on which you can also place monster barns. You can befriend monsters you fight and ride them into battle. Specific monsters, such as the cow, chicken, and sheep monsters, will also drop items daily. One of your main tasks is to accrue points by doing requests from the creepy, talking request box outside your room. You can use these points to develop various things, expand the town, and set up festival days.

You’ll also be able to purchase additional fields and increase your crop-growing capacity. The farming is just like Story of Seasons in that you’ll be buying seeds and tilling the soil. You spread out your seeds, water them, and then harvest the crops later for shipment. Getting money means increasing your yield and being able to craft more stuff. If you’ve played Stardew Valley, Rune Factory 4 Special is where it learned some of its obsessive crafting tricks. You need to get storage containers for your items, refrigerators for food, cooking tables, and appliances to help cook certain dishes. It doesn’t take long before your room is packed with storage and machinery.

Then you’ve got your forge and crafting table. Once you get to the game’s third dungeon, a haunted mansion where a mustachioed plumber in green wouldn’t feel out of place, you need to be able to start crafting your own weapons and armor to keep yourself strong enough to proceed. In order to get new recipes, you have to go see Porcoline and buy recipe bread, which he sells for weapons, accessories, cooking recipes, and farming tool recipes. The amount of systems in place in Rune Factory 4 Special is vast and there’s so much you can do. And I’m not going to go in-depth here on getting high-value seeds or increasing soil quality. 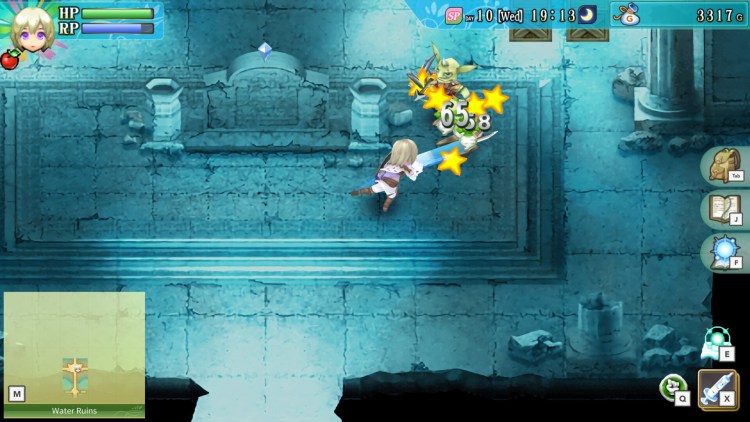 You clear dungeons to progress the plot in Rune Factory 4 Special. Before heading into each one, you need to craft new armor and weapons, which is almost hypnotic in its rhythm. There are a few different kinds of weapons on offer. Swords, hammers and axes, twin daggers, spears, gloves, and rods offer markedly different playstyles. You’ll learn new moves simply by fighting. Most of what you do is connected to rune energy, and it depletes as you use tools and special attacks.

Special attacks can either be weapon-based or magic. Also, you can get pets that use melee or magic attacks, or you can bring an NPC with you into dungeons. There’s seriously so much to this game. And it’s so much fun that I enjoyed playing it once again, even though it hasn’t even been that long since I last lost myself in it. This version is a port of the Switch one that was released in Japan about two and a half years ago, and it adds extra events that you can unlock by marrying all the game’s marriage candidates. There are also a bunch of visual novel sections featuring the game’s characters that you can jump in the menu — these were all originally paid DLC.

But not everything about Rune Factory 4 Special has aged all that well. While the character and weapon models are all 3D, everything else is 2D and has been vigorously smoothed over. You can configure the game via a tool when you go to launch it, but this was always meant to be played on a small screen. Granted, it certainly doesn’t look bad, but it can’t hold a candle compared to the ports of the recent Story of Seasons games. 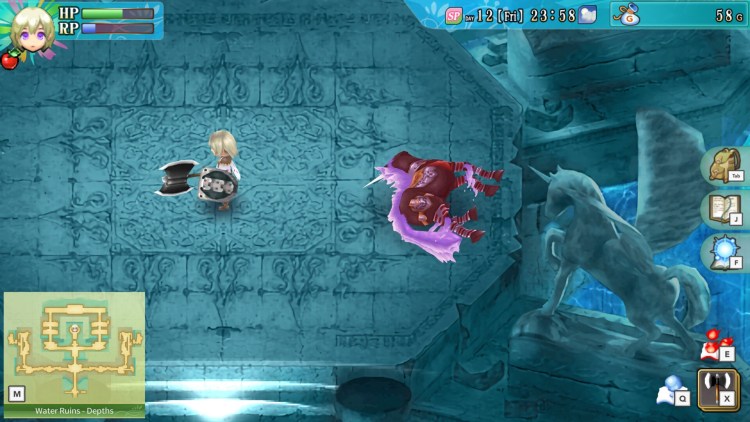 Having to manually switch between items to equip and use them is less streamlined and user friendly than you may be used to as well, and it can take some getting used to. Combat using certain weapons can feel rigid too, since your attack range and mobility are often both on the low side.

The main thing I dislike about the series is also still in full force here, as Selphia gets hit with typhoons on occasion. You’re eventually able to craft powder that protects your crops from these, but it’s always massively disheartening to basically lose huge amounts of currency for something that I always felt had no business being in the game in the first place.

Strangely, an issue with the Switch edition of Rune Factory 4 Special has carried over to the PC version. You can’t quit to the menu from within the game, which you could do on the 3DS. If you mess up during a dungeon and don’t want to pay the large gold fees, or just want to be able to try a tough boss again, you have to alt-tab out, close the program, and boot it back up. Additionally, there doesn’t appear to be any way to actually close the game from the menus either, so you’ll have to manually quit out every time you do so. It takes seconds to close and then restart the game, but it’s just odd that nothing has been done to alleviate this.

These issues notwithstanding, Rune Factory 4 Special is a great game that’s still well worth the hours it demands of you, even nearly a decade after its initial debut. It’s a lengthy, deep, and highly satisfying adventure with a little bit of something for everybody, providing they don’t mind doing a fair amount of crafting. Oh, and if the typhoons don’t scare you off too much. Maybe someone will finally mod those bastards out. 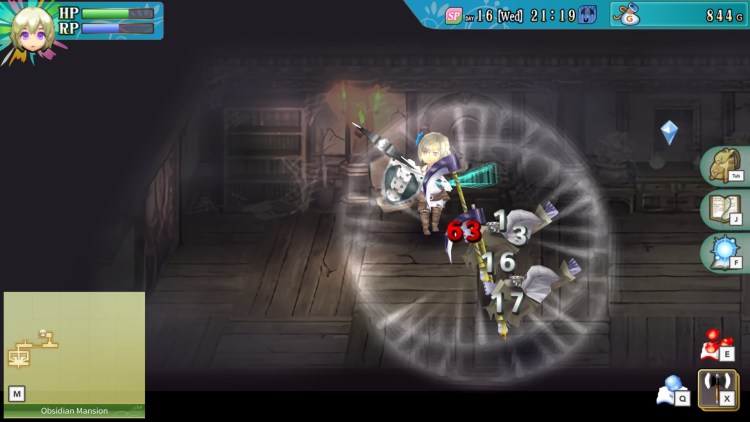 Still one of the best of its kind nearly a decade after its initial release, Rune Factory 4 Special is still thoroughly engrossing when it comes to most of what it attempts.