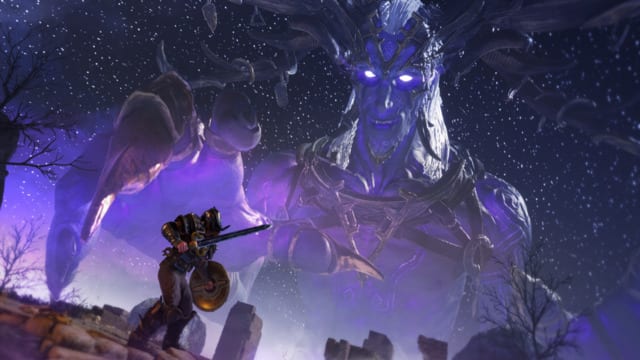 We had already reported that Rune II would be an Epic Games Store exclusive back in May. Previously known as Rune: Ragnarok, the sequel to the original Rune from 2000 has been in development for years. Although Human Head Studios only announced it officially in 2017, and today the studio announced a release date set for Nov. 12.

In an exclusive interview with The Escapist, the developers shared more details on the game and its exclusive deal with the Epic Games Store. The gist of it is that the deal enabled them to make a better game. Project director Chris Rhinehart emphasized the exclusivity as mainly a resource for the development:

They didn’t back up a dump truck of money to us and say make it exclusive. The money that we got went into developing the game and making the game better.

One of the ways the developers managed to make it better was by adding a PvP Deathmatch mode. Up to 16 players can battle each other in multiple maps, and the developers promise more content post-launch.

Return to the world of Rune

Rune II aims to be a proper sequel to Rune, as Heimdall resurrects your hero and promises a seat in the hall of Valhalla if you do one thing — kill Loki, the trickster god. It’s a cool premise that might make for some interesting moral dilemmas.

According to Rhinehart, the main storyline of Rune II will offer a 15-hour playthrough, depending on your playstyle. He emphasizes that players can and should explore the world of Rune II, as there is also loot to collect and items to craft.

The full interview on The Escapist shares a lot more details on the crafting system. Rhinehart promises plenty of post-launch content and support for the game. You can read the full exclusive interview here.

If you’ve been waiting 19 years for a sequel to the original Rune, you can wait a few more months. Rune II will launch on Nov. 12 for PC. You can already pre-order the game in different editions from the Epic Games Store.

Total War: Warhammer 2 Guide – How to get the Amber Bow