IncGamers have spent the last few days in Miami checking out the latest offerings from Paradox Interactive. Runemaster was announced for the first time and we were invited to see a preview of it with Producer Linda Kiby and Project Lead Olof Björk.

We were shown from the character creation process of a Human Berserker. The normal map mode has the character in the center of the screen, with the camera pulled back behind the character and raised in the air. The character spawned at a starting city and began to run around, we were told that it would be the same view even when you have a large army.

We didn’t get to see Runemaster’s tactical combat but we were told that “It will be on a hex grid with forces opposing each other. Terrain will matter, and objects can be used to block areas. Units on the grid can be singular or many, the hero or a giant might take up a space but a squad of dwarfs might fit 6 or 8 in a single space. Troop types will be varied and the army composition is a tactical choice by the player. Based on your hero’s class the supporting army should be different.”

Linda told us that “Runemaster will feature an emergent story system, a quest system that shapes future experiences. If you choose greedy types of things in quests, you will get more greedy options in future quests.”

Exploration is a major feature. On the world map there are treasure chests, runestones, sunken ships, troll caves and so on. There are four starting worlds but humans can only start in Midgard, a Nordic setting with pine trees and snow-topped mountains. Two more worlds are unlocked later through gameplay. Each world has a unique appearance and atmosphere. After exploring Midgard we were shown a portal to another world, protected by a large two headed giant. The portal took us to Svartalfheim which is the home of the Dark Elves and Dwarves, changing the green and white with the greys and blues or being underground.

We saw an example of an item, it had a prefix and suffix and was green in color with a name like “Fine Belt of Shock.” Olof mentioned that there would be legendaries based off the Norse mythology. It felt very familiar to games such as Diablo and implied that we would see the standard rarity colour codes. You can obtain items as drops from combat, looting chests in the open world or through quests. Items sounded like they would be pretty infrequent to obtain and that they might restrict equipping by race or class, or leaving it open as the stats on the items themselves would determine usability.

We saw the character screen briefly with a standard set of RPG stats, the hero would level up and equip items and have a skill tree. Linda mentioned that squads would behave similar to XCOM squad members when they level up, which sounds like it would be a single choice at a tier. They would also have a slot for a banner which modifies their stats.

When asked about the replayability of Runemaster Linda responded “The main quest line divides into two pieces between Thor and Loki.” Olof talked about how the “Worlds will be randomised with every new game” and that “There will be seeds so that you could create a specific world.” 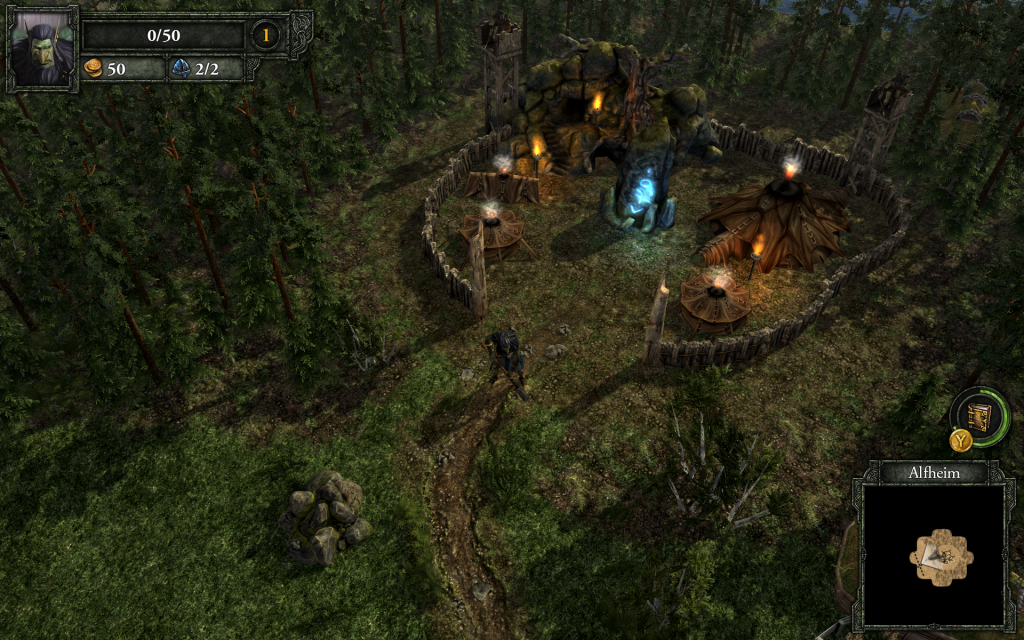 Addressing mods it was said that almost everything is moddable; the number of worlds, races, how the worlds are generated, textures could be changed and quests modded. Model changing is something that couldn’t be supported easily, however.

Runemaster is focusing on single player at the moment but when asked about the option for multiplayer Olof replied “The tactical turn based combat would suit that quite well with the addition of a time limit for turns,” but the map outside of combat would need to continue to run.

Paradox are big fans of RPGs Linda highlighted Baldur’s Gate and King’s Bounty, and they are excited to create one. Olof compares between modern RPGs and the older ones. “Modern RPGs many take the cinematic part and you don’t get the same complexity for the obvious reasons as the production is focused on getting the cinematic experience, we want to make a great story.”

When asked about other platforms the game could be seen on, Linda replied that they are “Aiming to have it playable on Steam Box / Big Picture” and that they’ve “Tried to play it on an Xbox controller and it worked really well.” She also thought that the graphics system would be “Too demanding for a tablet”.

Runemaster is aiming to release next winter on PC.