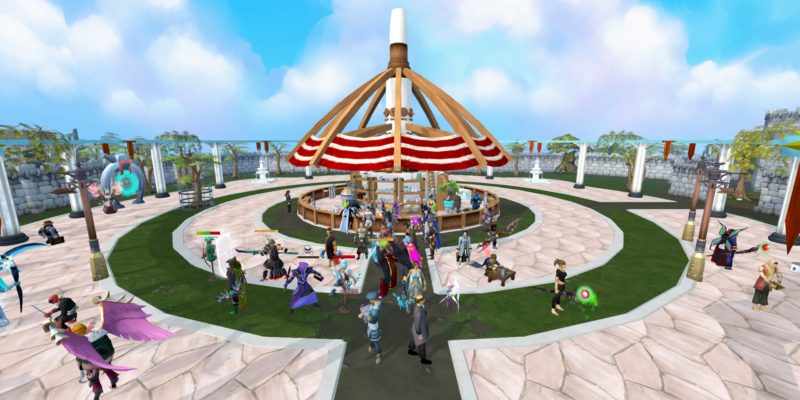 For anyone who has ever had the displeasure of using RuneScape‘s Grand Exchange, you’ll know just how bad it is. The Grand Exchange is a multi-server trading system that allows players to sell items to one another. Effectively, it’s an auction house where the majority of game trades take place.

However, as is often the case with RuneScape, its various spaghetti code and poor optimization has left much to be desired. Thankfully, 13 years after its release, Jagex’s ninja team has finally reworked it. You can check out the full patch notes on the official RuneScape homepage.

By far the most notable improvement is that the Grand Exchange now uses client-side prediction instead of relying on game ticks. For most games, using the integrated tick system is fine. However, RuneScape has relied on 600ms game ticks. In other words, for every action submitted to the server, the player had to wait 0.6 seconds for a response – not including latency.

The introduction of client-side prediction now means inputs and outputs on the Grand Exchange will be several times quicker. This should make both navigating and buying necessary items, especially in bulk, far easier. 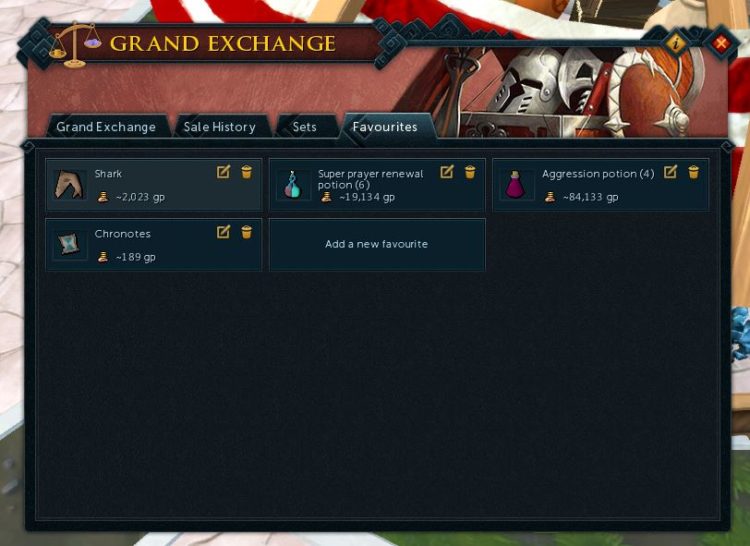 The new Favourites tab that can be used to quickly purchase items you regularly buy.

That alone would have thrilled many players, but the ninja team didn’t stop there. RuneScape has also introduced a variety of quality of life improvements to modernize the Grand Exchange. This includes the addition of a 20% price change button for insta-buying or insta-selling, the ability to edit offers without first removing them, and a favorites tab. The latter of these lets players save up to 18 items for ease of purchase on a separate tab.

For many old MMOs, dated features are a serious problem. RuneScape has been around since 2001, so naturally, some of its systems haven’t aged well. That’s why updates like these, which often go underappreciated, end up being the most important of all.

The storm in Fortnite just got replaced by a flood