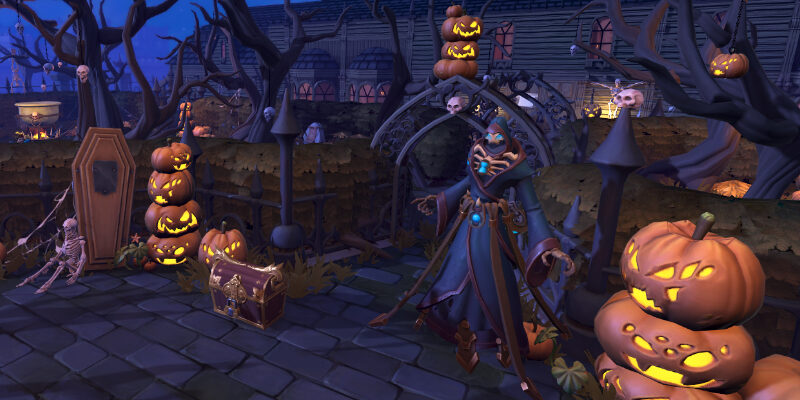 The first new activity involves a hack-and-slash inspired game mode where you slay thousands of skeletons. The player has to leap between these to kill them, whilst also using special abilities that have cooldowns to speed up the process. Completing this activity provides Spooky Tokens, Slayer experience, and Magic experience.

The other new activity in this year’s RuneScape Halloween event is cannoning Crassians. As its name would suggest, this involves firing a cannon at Crassian monsters for Hunter and Fishing experience. There are three lanes that the Crassians can walk down. By switching between each lane and shooting the Crassian you can maximize experience gains. This plays similarly to tower defense games like Plants vs. Zombies. 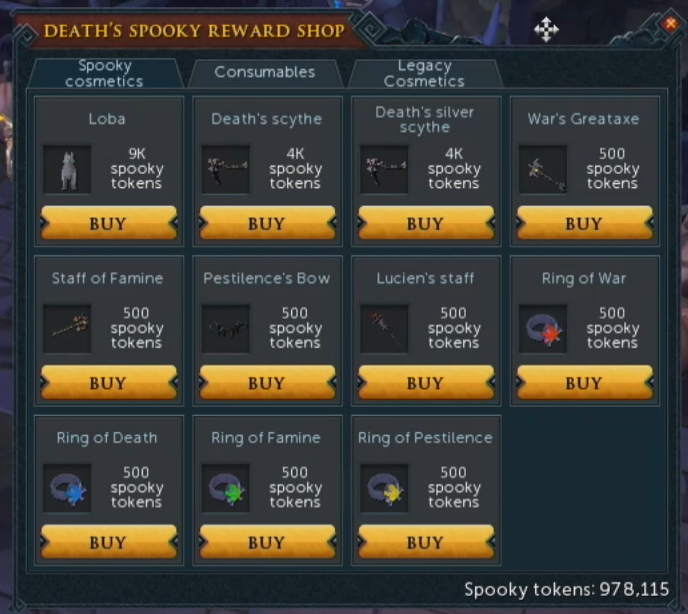 You can spend any Spooky Tokens earned by participating in these activities at Death’s Spooky Reward Shop. At this shop, Death will sell returning cosmetics from last year’s event as well as a bunch of brand new stuff. Furthermore, Jagex is using this event to bring back cosmetics from several other past Halloween events. This will be the first time players will have the chance to acquire some of these cosmetics in several years.

The final improvement comes in the form of a Spooky Time Buff rework. During last year’s event, this buff randomly triggered buffing experience gained in Draynor Manor by 10%. This year, though, the buff will instead apply every three hours making it easier to plan around. Moreover, the experience buffs that Spooky Time provides whilst active have been boosted up to 12%. Ironmen and ironwomen accounts will not be able to benefit from this bonus nor purchase experience lamps and stars from the reward shop.