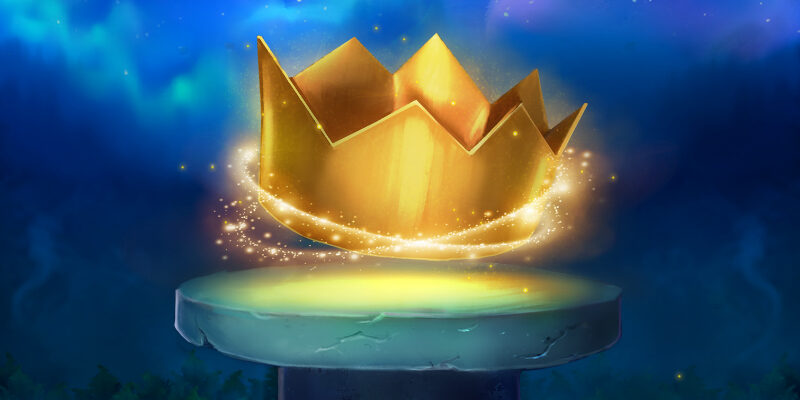 For the first time in 20 years, RuneScape players can earn a brand new party hat. Prior to today’s update, the last available set was released as part of the 2001 Christmas event. That set includes the Purple Party hat, the most expensive item in the game with a street price of roughly 55 billion gold.

To celebrate the MMORPG’s 20th anniversary, developer Jagex has added a new party hat. Named the Golden Party Hat, it is a tradable item that is bound to be worth a lot of gold in the future. This is because it will be discontinued on January 3, preventing any more from entering the economy. In other words, this is a limited opportunity for players to earn an extremely valuable discontinued rare item.

Over the next six weeks, Golden Party Hat shards can be earned in RuneScape by completing various tasks. There are eleven shards in total but only eight are required to craft the Golden Party Hat.

These shards are earned through a mix of skilling, questing, and other miscellaneous requirements. The full list can be seen below. Those looking to earn four shards quickly can do so by spending 30 million gold, having an active Premier Club 2022 membership, talking to the Wise Old Man, and completing the Once Upon a Time in Gielinor quest.

The other four shards will have to be earned over time. However, some of these can be worked towards simultaneously. For example, Marks of War are earned by defeating bosses, which is a form of combat training. Similarly, the Christmas Yak Track event requires the training of various skills to progress through.

Furthermore, players who have already obtained the Quest Cape by completing all 230 of RuneScape‘s quests are in for a treat. By finishing the Once Upon a Time in Gielinor quest they will have earned enough Quest Points to claim a Tier 5 Magical Dice from May’s Quest Caravan. That equates to a freeroll on the clue scroll drop table. Who knows, perhaps you’ll get lucky.

Legends of Runeterra Path of Champions – everything you need to know