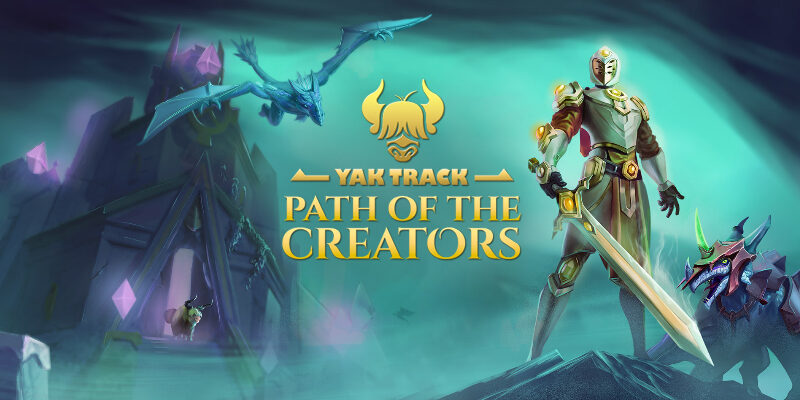 Today’s update has introduced a new Yak Track into RuneScape. Titled “Path of the Creators,” it is themed around the universe’s oldest inhabitants: the Elder Gods. Path of the Creators is the eighth Yak Track added to RuneScape, but this one hasn’t gone down so well. Developer Jagex has added certain rewards that the community is not happy about.

Yak Tracks are effectively RuneScape‘s interpretation of the battle pass. They are one of many microtransactions in RuneScape, and they challenge players to complete certain tasks to progress through the 50 available tiers. These tiers are primarily made up of unique cosmetics alongside some other miscellaneous rewards. However, this Yak Track is the first to also feature substantial experience bonuses for those who complete it.

Every five tiers completed in Path of the Creators rewards an additional 1% XP boost to all skills in RuneScape. This boost remains active until the Yak Track ends on October 3. By the penultimate tier 49, the player will benefit from an additional 9% XP.

This alone isn’t ideal, but the next design decision has the community saying it’s pay to win. Upon completing the final tier, an additional 16% XP boost is applied on top of the existing 9% boost. This means that most of the XP boost can only be earned by finishing the Yak Track. 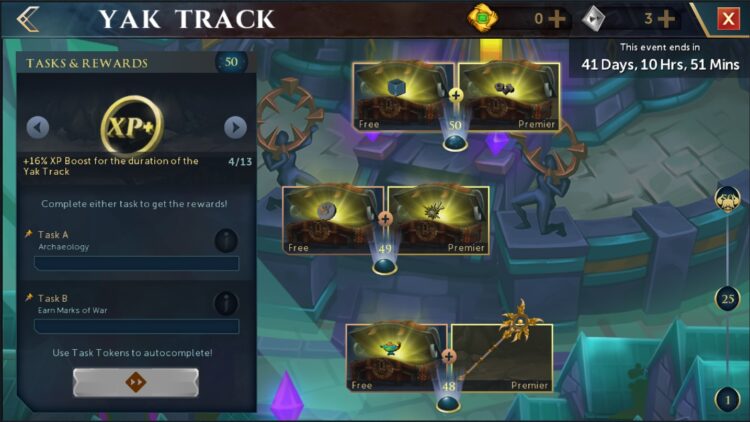 As with all the Yak Tracks in RuneScape, players can grind through the 50 tiers to finish Path of the Creators. However, this is time-consuming and paid Bonds can instead be used to skip tiers. It’s possible to go straight from tier 1 to tier 50 using 10 Bonds. which currently costs $69.99 USD at the official RuneScape store.

The likely motivation of Jagex to place such a powerful reward on the final tier is to push players to buy Bonds. If so, then it’s not a good look for the 20-year-old MMORPG’s game integrity. Handing out XP rewards so freely, devalues the achievements of past players. Furthermore, having powerful XP boosts locked behind a paywall is an inherently anti-consumer practice, and many players are not thrilled with the decision.

Astria Ascending preview — I’d rather be in this noise