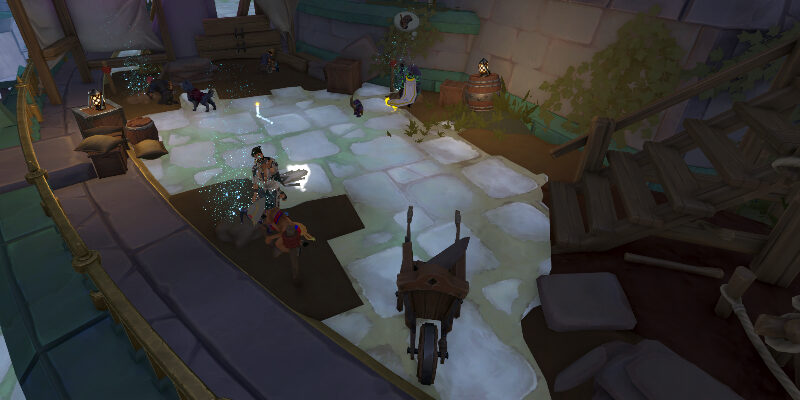 Today’s RuneScape update is a big one with it introducing several changes to the popular MMORPG. Content-wise, the update introduces a new Archaeology mini-digsite to RuneScape located in the city of Senntisten. The new digsite requires level 60 Archaeology to access, but not the completion of the ‘City of Senntisten’ quest.

It features six excavation spots across four different sites located throughout the ancient Zarosian city. In total, there are 18 new restorable artifacts to gather as well as three new mysteries. Completing all three mysteries will award the player with the Aurelis’ Mark relic. When enabled at the mysterious monolith, the benefits normally granted by the Mobile perk become passive instead.

Many RuneScape players use the mobile perk, as it shortens the cooldown on mobility-based abilities like Surge and Bladed Dive. The new relic provides players more choice on what perks to equip on their equipment. Ordinarily, the mobile perk would take up a slot on an augmented weapon or piece of armor. By using Aurelis’ Mark, this slot can be freed up and used for a different perk.

This update for RuneScape doesn’t stop at just the new content at the Senntisten Archaeology site. Developer Jagex has also used this as an opportunity to improve action bars. Moving forward, members will gain access to two more action bar presets. This takes the total up from 13 to 15. Furthermore, each action bar can now be named, making it easier to keep them organized. 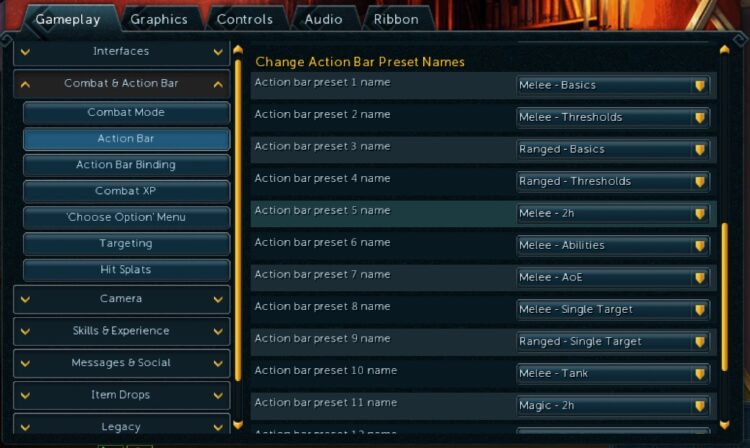 Action bars can now be labeled to better organize them.

Out of nowhere, Jagex has also nerfed multiple abilities. Both Greater Concentrated Blast and Greater Ricochet have received damage potential reductions. The latter was arguably the game’s best basic ability, but these changes will likely result in a price drop. Smaller adjustments were also made to the Staff of Armadyl’s special attack, Instability.

Finally, some bosses had their teleportation restrictions removed to improve the PvM experience. Previously, bosses like Arraxor, Solak, and Vorago could not be teleported out. This is no longer the case, and players will be able to freely teleport out if they don’t feel like they can finish off a kill.