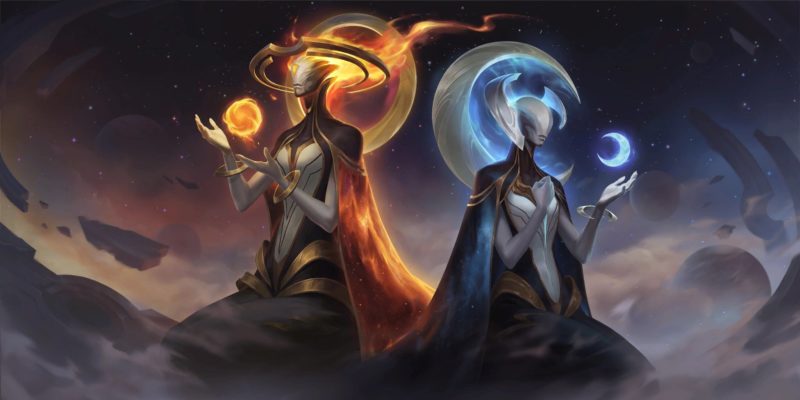 Welcome to the third part of our four-part series where we will cover each of the new Celestial cards for Legends of Runeterra. The Celestial collection debuted with the latest expansion for the game, The Call of the Mountain. For more information on what the Celestial cards do and how they relate to the new Invoke keyword, you can check out our report on how it all works, as well as the first and second parts of this series. We have one more mid-cost card to cover and then we will start getting into the big Celestials, where the fun really begins. So let’s start with the first of our next five Runeterra Celestial cards for the day, The Warrior.

The Warrior is a 5-drop unit with 5/5 and the Challenger keyword. Not a complicated unit, but with strong stats and the Challenger keyword it is able to take out some other mid-range units on your opponent’s board fairly easily. While definitely not the worst card to see pop up in your pool of 3 Celestial cards, it is situation dependent on whether or not The Warrior can really help you out in the moment. It is, however, searchable by Solari Priestess.

Next up is Falling Comet, a 6-drop slow speed spell that says “Obliterate an Enemy.” One of only three 6-drop Runeterra Celestial cards, it is a powerful ability that is well worth its cost to get rid of a key piece on your opponent’s board. Falling Comet is also searchable by Solari Priestess, which makes it slightly more effective for quick removal. 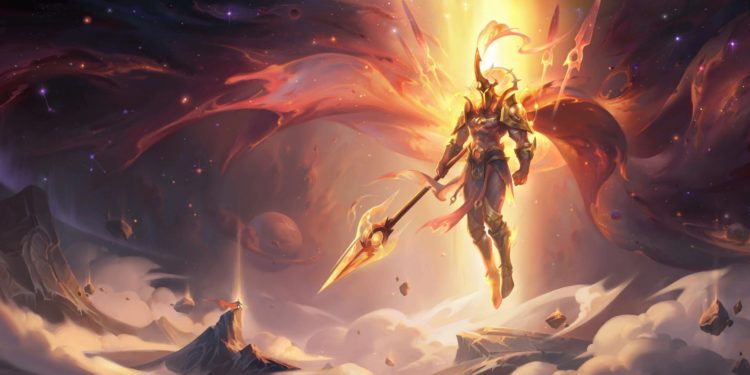 The Golden Sister is one of two 6-drop Celestial cards meant to represent the Solari and the Lunari in Runeterra. She is a 6-drop unit with 4/3 and the Lifesteal keyword. Her effect reads: “When I’m summoned, summon the The Silver Sister.” The Silver Sister is the Lunari side of these two cards, and is also a 6-drop with 4/3 but with the Elsuive keyword. The Golden Sister’s effect is fantastic, giving you two Celestials for the price of one. This does present the problem, though. If you see The Silver Sister in your pool of three cards without The Golden Sister, it becomes far less effective. Both sisters are the last two cards searchable by Solari Priestess, as the remaining Celestials all cost at least seven mana or more.

Our last card for today is Cosmic Inspiration. It’s a 7-drop slow-speed spell that says: “If you behold a Celestial card, grant allies everywhere +2/+2. Refill your spell mana.” This card is amazing, and is even better when using cards like The Traveler and The Messenger, making it easier to hold onto extra Celestials in your hand. Its second ability is even better, essentially making the card a 4-drop, instantly returning three of the mana used to play it. This is especially so if spell mana was used to play it in the first place. Without this second ability, the +2/ +2 wouldn’t be nearly as effective on a 7-drop slow-speed spell.

This penultimate set of cards is very good, with the Golden and Silver Sisters standing out as an excellent two-part combo. Join us tomorrow as we reach the final part of this series, where we will look at the biggest Runeterra Celestial cards available so far. The Call of the Mountain expansion is out now, so you can play with the new Invoke keyword and these Celestial cards right away.

By Jason Rodriguez39 mins ago
Guides