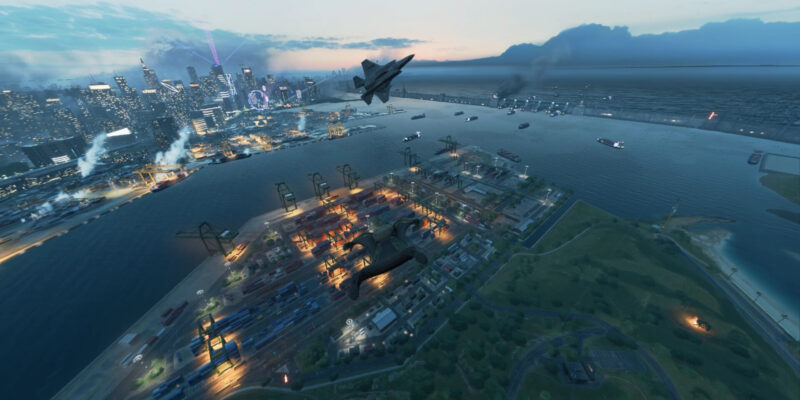 The classic game mode Rush was introduced into Battlefield 2042 last month. However, it was later removed, which upset some players who didn’t understand why it was only available temporarily. Developer DICE has now gone back on its initial decision and reintroduced Rush back into the Battlefield Portal.

Alongside the regular 2042 Rush, this update also brings back Rush of Ages. This is a spin-off game mode where matches are played on classic Battlefield maps with guns and gadgets from previous installments. Rush of Ages includes some of the franchise’s most iconic maps like Bad Company 2‘s Valparaiso and 1942‘s Battle of the Bulge.

In addition to the two Rush modes, both Conquest of Ages and “RUN. STOP. KILL. REPEAT” have been added. The former recreates old-school conquest as it was in past Battlefield games. The latter is the latest content creator-designed game mode courtesy of 2AngryGamers. Simply put: imagine musical chairs but with guns.

A permanent feature, or?

Unfortunately, we still don’t have confirmation that Rush will be a permanent game mode. Usually, the Battlefield Portal rotates new game modes every week. It’s possible that once next week arrives, Rush will once again be removed from Battlefield 2042. Prevalent Battlefield content creators such as Westie have previously pleaded for Rush to become permanent but so far this hasn’t been enough to convince DICE otherwise.

The Battlefield Portal was sold from day one as one of 2042‘s biggest selling points. It allows for the implementation of classic game modes like Rush as well as some community-led modes. Much like the rest of the game, it had some troubles early on but things are improving.

Shortly after launch ,DICE removed the ability to gain experience in any custom Portal game mode. The reason was to tackle the various experience farms players were using to level up quickly. However, this was reverted last month to not discourage players who prefer to play Portal over All-Out Warfare.

2042 Rush, and Rush of Ages return later today as featured experiences in #BATTLEFIELDPORTAL

They return alongside Conquest of Ages, and RUN. STOP. KILL. REPEAT by @2AngryGamers pic.twitter.com/yEQZTvsjQh