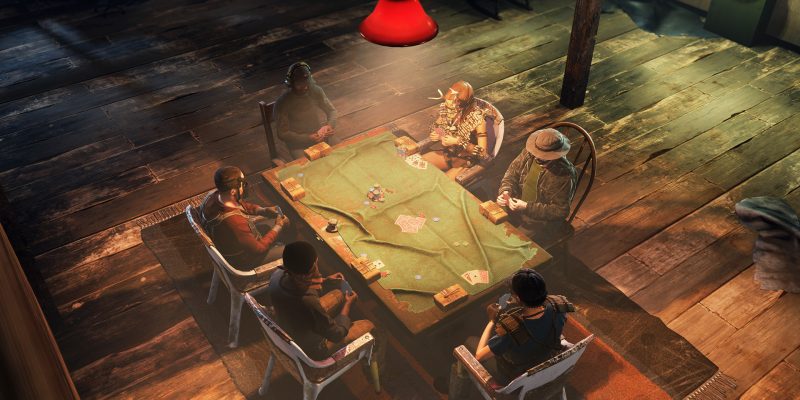 While a data center fire may have caused lost data, Facepunch Studios’ survival game Rust is still going from strength to strength. The latest update for April will see new features coming to Rust in the form of improved gestures and a new poker game. In other words, new gestures can now be used before murdering others and looting them for resources.

Players can now wave, point, give a thumbs-up and even clap in Rust thanks to the new update. There are a total of 10 unique gestures that can be used in the game. In both first-person and third-person view, it is quite clear when someone is gesturing at you.

All you need to do is access the gestures via a radial menu — and let them rip. There is no need to unequip anything, and the gestures can be stopped in the middle of animations as well.

According to the developers, the gestures are all left-handed because they originally planned for them to work while you still held your weapon in the other hand. However, the developers felt it would have limited the team in terms of what gestures they could create, and so two-handed gestures now exist. I just hope you do not regret sarcastically clapping with both hands right before someone guns you down. 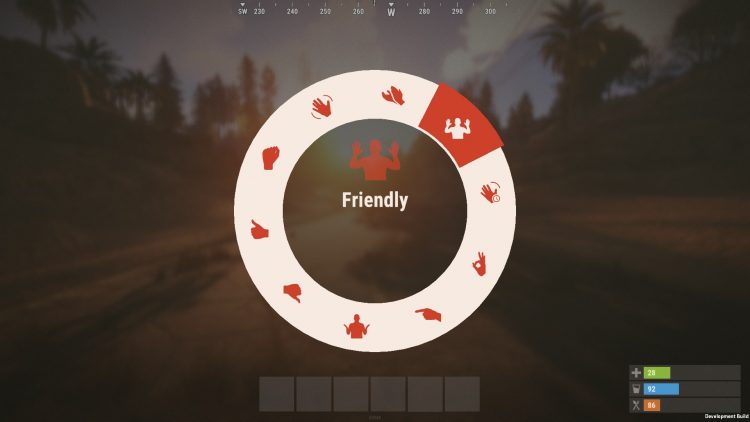 The new April update also introduces Texas Hold’em into the Rust world. Two to six players can join a table for a game, with the minimum deposit of 100 scrap metal being the buy-in. Once the entry is settled, it is up to you to show off your poker skills. It has a nice, easy interface to understand and use as well.

In more gambling-related changes, the recent slot machines are being rejiggered. There is now less variety in terms of rewards, but the chances of winning should be higher than before.

Of course, the April Rust update also brings with it some server optimizations. An Easter egg hunting event will also be a daily event in the next week. Be sure to check out the full patch notes to understand it all.