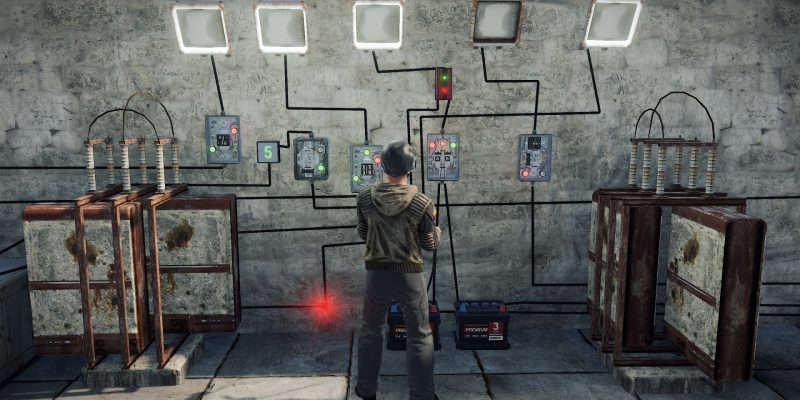 Rust, the 2018 survival sim, has received an update to usher in the new year and do away with the game’s timed holiday event. However, this update does more than rid Rust of its holiday cheer. The next time players log on to their favorite server, they should notice some big changes and a lot of recognizable names.

While the game’s January update isn’t huge, it will impact almost every player. For the first time in years, the game is wiping player’s blueprints across all servers. For those who don’t know, blueprints are crafting recipes for Rust‘s many items. While Rust servers occasionally wipe or reset, players on those servers would retain their blueprints, slowly building up a manual full of high-tier gear.

However, developer Facepunch is clearing blueprints for every player, citing the recent introduction of tech trees to the game. With three tech trees, each corresponding to different levels of workbenches, players can research new blueprints. Likewise, players can bring items back to a workbench and pay scrap to get a blueprint for it. According to Facepunch, this wipe is being done to bring all players onto equal footing, and another won’t be done for a long while.

The second notable part of this update for Rust revolves around its exploding popularity on Twitch. Numerous streamers, including Shroud, Pokimane, Ludwig, and XQC, have been streaming the game, attracting tens of thousands of viewers.

While this viewership is undoubtedly also boosting the game’s player count, it’s also presented an opportunity to introduce some new streamer-focused items. Rust has added a large group of new Twitch drops for the aforementioned streamers as well as others. A full list of the streamers, including what item they’re associated with, can be found here. To claim these items, players have to watch one of these streams for up to four hours. Or, if you’re like me, just have them on muted in the background. Either way, you only have until January 14 to get any of these drops.